By Jeet in Gender and Sexuality, Human Rights, LGBTQ 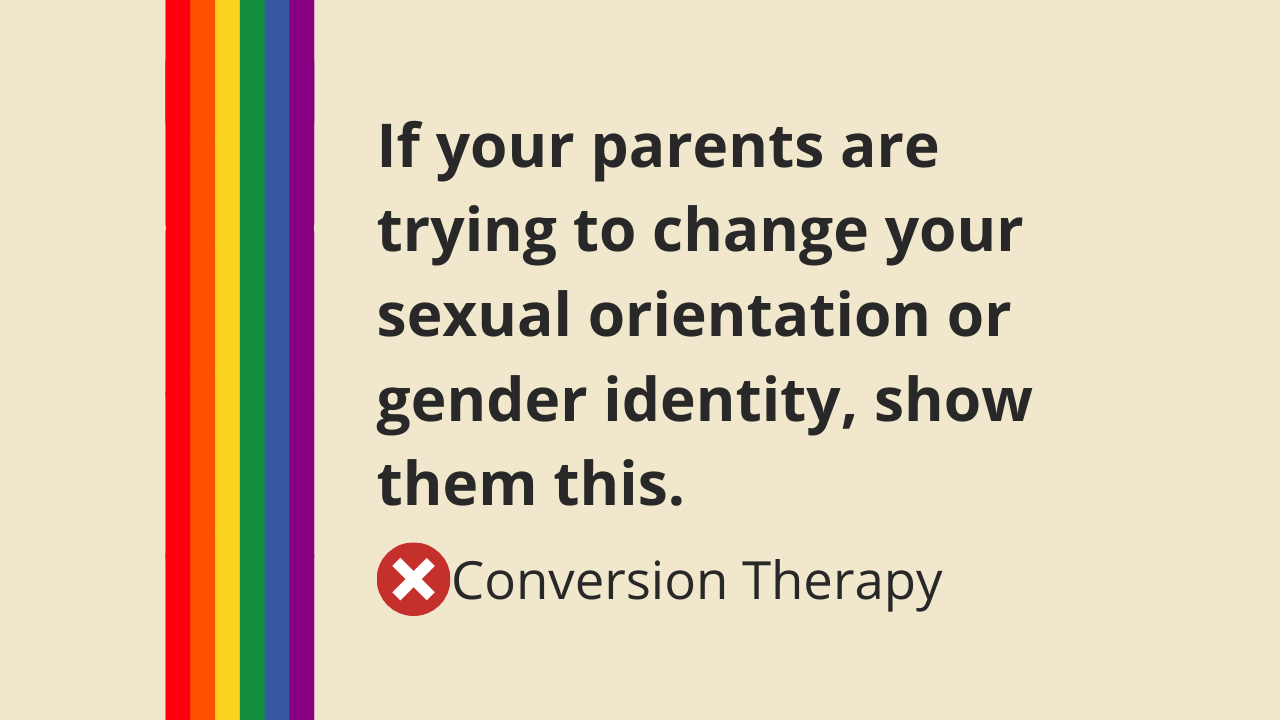 What Is ‘Conversion Therapy’?

‘Conversion Therapy’ is an illegal, fraudulent, inhuman, unethical, and harmful practice carried out by several mental health practitioners in India to change an LGBTQIA+ individual’s sexual orientation or gender identity.

Individuals belonging to the LGBTQIA+ community are subjected to various unsuccessful and traumatic methods such as electroshock therapy, hypnosis, medication, or more commonly, talk therapy, where an individual is subjected to shame and is conditioned to believe that their sexual orientation or gender identity can be changed.

NO! ‘Conversion therapy’ is based on the false idea that being LGBTQIA+ is a mental illness. The Indian Psychiatric Society, the American Psychiatric Association, and the World Health Organisation (WHO) do not classify homosexuality as an illness. LGBTQIA+ identities are a normal variant of human nature. Since there is no illness, there is nothing to ‘convert’ or ‘cure’.

YES! Research globally and in India has repeatedly pointed out that ‘conversion therapy’ results in severe negative consequences such as lowered self-esteem, depression, self-hate, self-harm, and suicidal ideations.

Often, well-intentioned but misinformed parents or caretakers, force their children to undergo ‘conversion therapy’ and thereby instil feelings of family rejection and disappointment and risk seriously fracturing their relationship with their child.

Is ‘Conversion Therapy’ Illegal In India?

Yes! The Mental Healthcare Act, 2017, Section 106 states that “No mental health professional or medical practitioner shall discharge any duty or perform any function not authorised by this Act or specify or recommend any medicine or treatment not authorised by the field of his profession.”

Supreme Court’s historic NALSA judgement states that “No person may be forced to undergo any form of medical or psychological treatment, procedure, testing, or be confined to a medical facility, based on sexual orientation or gender identity. Notwithstanding any classifications to the contrary, a person’s sexual orientation and gender identity are not, in and of themselves, medical conditions and are not to be treated, cured or suppressed.”

Supreme Court’s judgement on Section 377 states that “Counselling practices will have to focus on providing support to homosexual clients to become comfortable with who they are and get on with their lives, rather than motivating them for change. Instead of trying to cure something that isn’t even a disease or illness, the counsellors have to adopt a more progressive view that reflects the changed medical position.”

What Is The Latest Update On ‘Conversion Therapy’ In India?

Mariwala Health Initiative, a Mumbai based funding organisation started a Change.org petition encouraging all mental health practitioners and organisations to take an unequivocal official stand to stop conversion treatment and to practice queer-trans affirmative practices.  Tejas Shah, a Clinical Psychologist, wrote a letter to the Indian Association of Clinical Psychologists (AICP) urging it to condemn the practice of ‘conversion therapy’.

Following this, several Mental Health organisations have published statements against ‘conversion therapy’ (complete statements in the images below).

Statement By The Indian Association Of Clinical Psychologists (AICP) 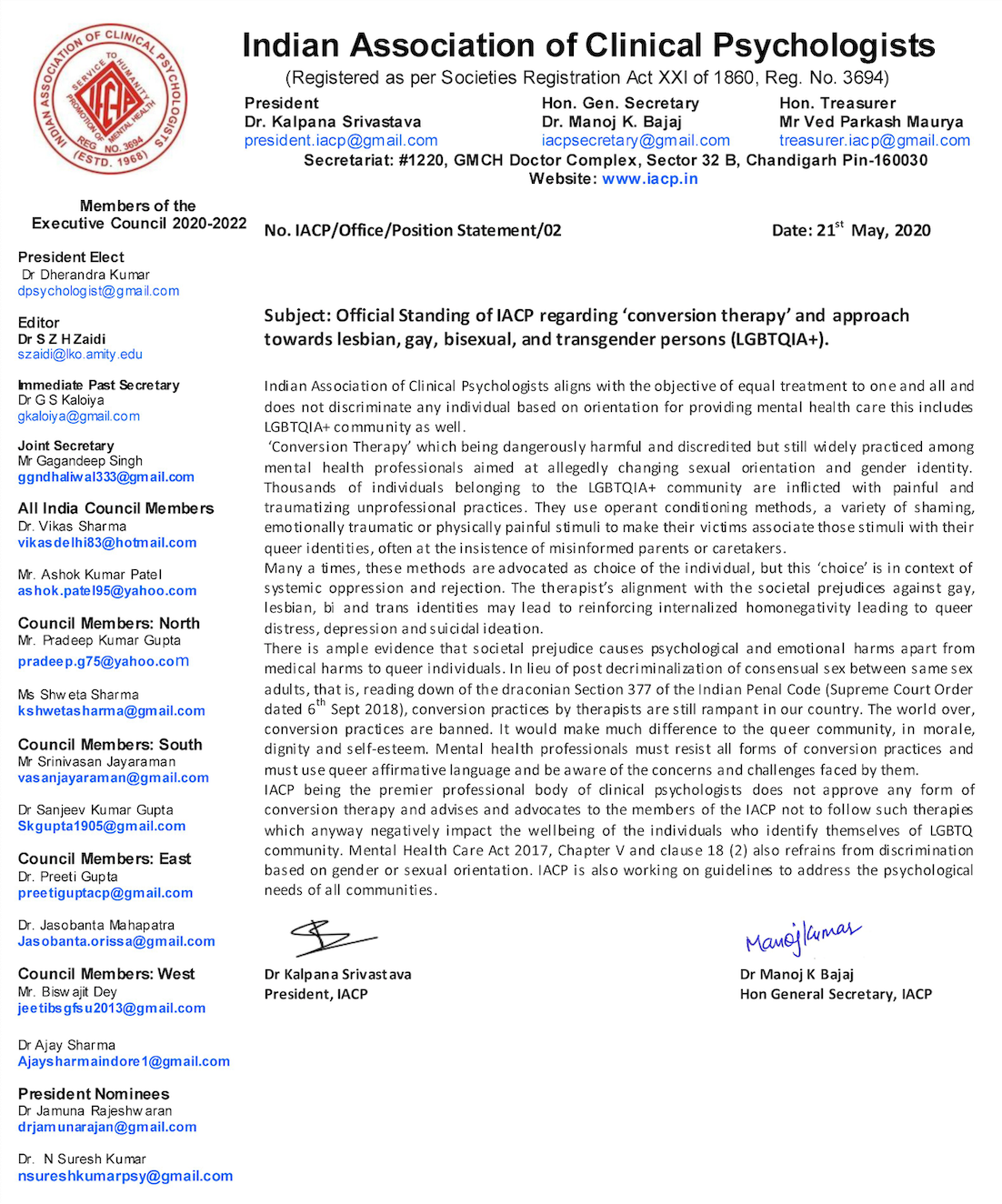 Statement By The Association Of Psychiatric Social Work Professionals (APSWP) 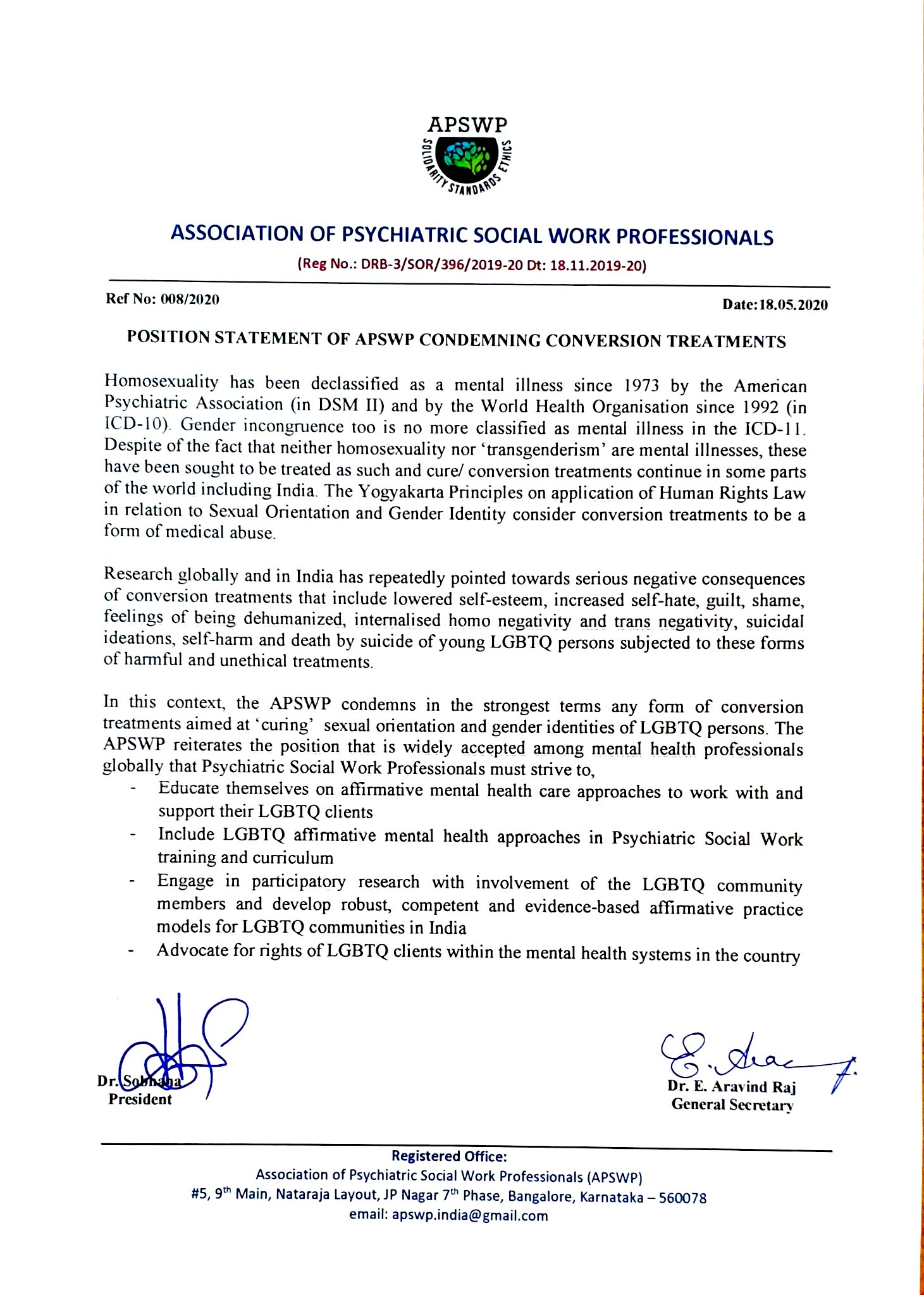 Statement By Centre Of Mental Health Law And Policy 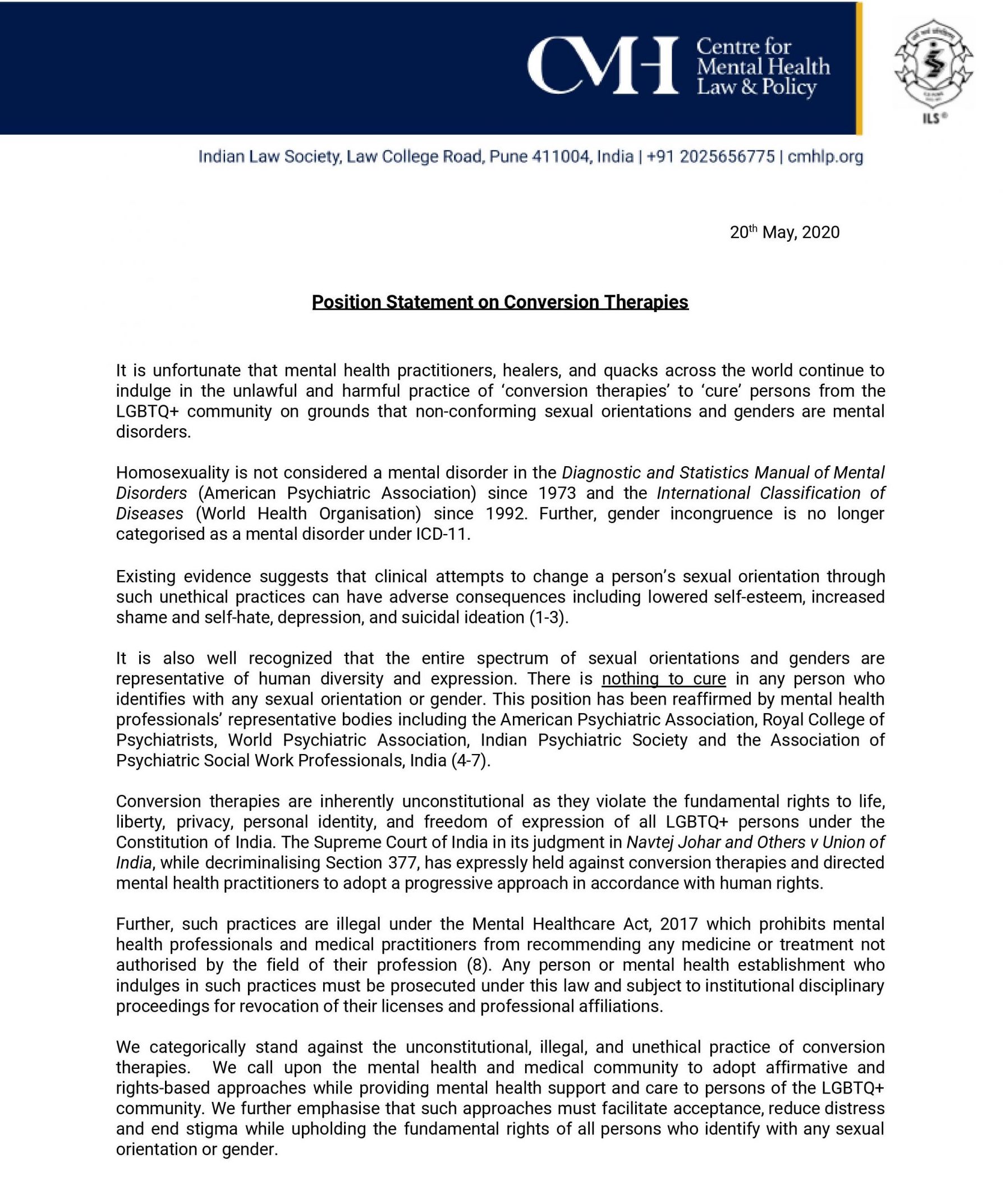