By Nupur J in Books, Gender and Sexuality

The title ‘Woman: Woe-Man Or Wow-Man’, inspired by one of the sessions held in Pune International Literary Festival, has stayed with me since then. The genre of detective fiction is full of woe-men mourning hysterically over the murder of their loved one. I was hoping to write about some relevant wow-men in the world of crime thrillers, but I couldn’t just stop at Miss Marple or Nancy Drew.

I was thoroughly disappointed in most of the thrillers, as they neither had a strong female protagonist nor an antagonist. Since then, I have been dreaming of the perfect character who would not just stop at being an assistant to a carrot-eating detective or be an heir of a legacy, only to assist a professor to decipher the puzzles. Instead, she would be a self-sufficient and dedicated person, aggressive towards her goal, who would not compromise when it comes to her work. I found one of the best writers who gave me not only one, but many such strong women characters. 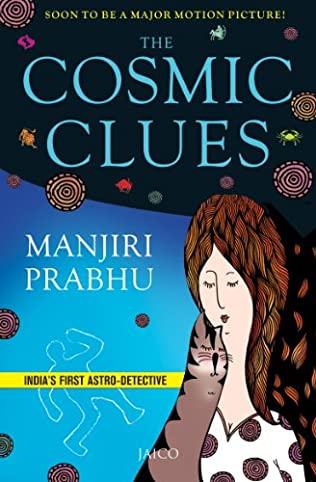 Also known as the Indian Agatha Christie, Manjiri Prabhu is one of the most interesting crime thriller writers in India. She has written many books and given life to many charming and intelligent Indian sleuths. One of them is Sonia Samarth, India’s first Astro-detective. She solves her mysteries using astrological charts of the victims and suspects. In India, there is a very common phenomenon of interpreting personalities pf people or professing their future using their astrological chart, also known as a kundali. But, it is a very intriguing aspect to use these charts to solve crimes instead of using them as a match-maker.

My favourite trait of Sonia’s personality is not her method of crime-solving, but her will to prove her point. Sonia does not merely go forward with a hunch against a person, but believes in what she has studied and read in the horoscope of a person. Her confidence in her art and work, and her faith in her method adds more charm to her personality.

It is as if she has her mind set on the culprit and will hunt them down. Her firm stance melts down only for the Owl, the Irene Adler of our Holmes’ life. She is an independent and a self-assertive person who wouldn’t want any man’s assistance or even permission to carry on with her life the way she wants. Her efforts and dedication towards her work speak for her, more than any publicity. 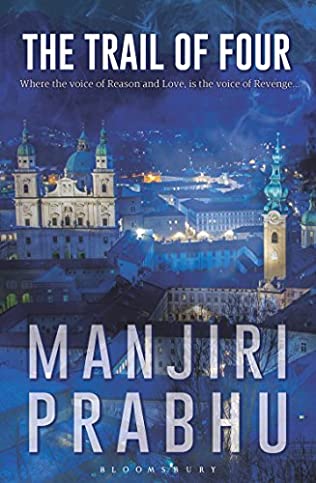 Prabhu has not only brought Agatha Christie-styled writing into a few of her novels, but also tried to experiment on the lines of Dan Brown. But what makes her books more admirable are her characters. In her book The Trail of Four, the protagonist Re Parker is assisted by the historian Isabel, similar to the symbologist Robert Langdon being assisted by Sophie Neveu in Da Vinci Code.

What is fascinating is that the historian, Isabel, working at the Schloss is also going through some personal tragedy, but never does that stop her from being good at her work. She is so brilliant at her work that Dan, the director of Schloss, relies on her knowledge to save the historical monument and the city from the evil mind. Her skills shine in her capability of handling the bed and breakfast place she owns, along with her work as a historian to the Schloss. I was so impressed by this character that I felt Re Parker lacking in wits as compared to her.

There are many such Sonias and Isabels in Prabhu’s writing. I feel proud of having read such fictional stories where women are portrayed as independent thinkers with views and ideologies of their own. Moreover, coming from an inspiring and energetic female writer from India, Manjiri Prabhu’s books are a must-read as they have great plot lines, awesome characters, beautiful settings, and romantic aura along with the tension of the suspense. A perfect appetite for the reader’s mind.

Featured image has been provided by the author.