By Paritosh Chakma in Health and Life, Latest

No one knows what disease has struck a youth named Basan Chakma, son of Surjyo Sen Chakma, resident of Golasury village in the Lawngtlai district of southern Mizoram. The disease remains unknown simply because he has never been treated by a medical doctor. This is because Chakma’s family is extremely poor, illiterate and clueless. All that he has been getting so far is treatment by traditional healers who have so far not been able to cast a good spell on him.

Once a handsome man has now turned into almost a skeleton! 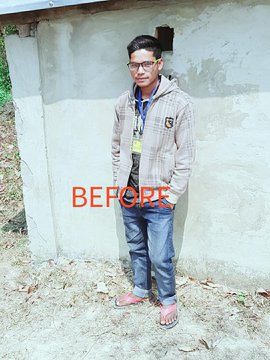 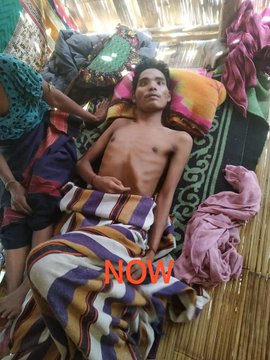 The Mizoram Chakma Students Union, Aizawl zonal unit, took up his case and, on 24th June 2020, penned a letter to Mizoram Health Minister Mr Lalthangliana to ensure “free treatment”of Chakma at any civil hospital.  It is too early to say whether any response will be received from the authorities.

I thought social media, especially twitter, works faster, and is one of the best ways available to reach out to our netas and people in power. So, on 22nd June, I had sought to bring the issue to the fore by tweeting about this case and tagging Chief Minister Zoramthanga, his CMO and His Excellency the Governor of Mizoram. Almost three days have passed and not a leaf moved, forget about hearts.

This brings to a question in my mind: what is the use of lofty claims and schemes like “Ayushman Bharat” of the Central Government and the Mizoram healthcare scheme, if they do not come to the rescue of the poorest of the poor when they are dying, untreated? Can the State allow someone to die without treatment? What is a welfare State all about?

The purpose of this post is not to raise any money for the patient, but to reach out to the concerned authorities/people/hospitals so that the patient, Mr Basan, may receive the (best) treatment.

Trisha Gupta in #CoronaWatch
July 4, 2020
603
Unlocking Mollem during Lockdown?Save the lungs of goa