On May 25, 2020, George Floyd, a 45 years old black man, was killed in Minneapolis in the US by a group of policemen. This event raged a huge protest throughout the United States. The attitude of the police towards blacks was condemned by many over the world. The immediate demand of the protesters from the Trump government was to initiate police reforms. 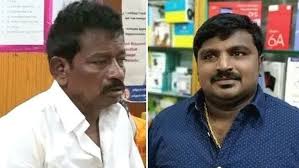 The impact of such atrocities raged protests worldwide. In India, many people from different walks of life condemned the action of the US police through various social media platforms by using the hashtag #BlackLivesMatter. As much we are showing concern for the death of black men in the US, we also need to be vigilant about the kind of policing we are dealing up in India. The recent case of the custodial death of a father and son named P. Jeyaraj, aged 62, and J. Fenix, in his 30s, in the state of Tamil Nadu shows us the brute face of Indian police.

The reports show us that both the father and son were severely beaten up, tortured and sexually abused by the police that led to the death of the duo on June 22 and June 23, respectively.

Jeyaraj and Bennix custodial death is not the only incident of police brutality; on December 15, 2019, the Delhi police entered the campus of Jamia Millia Islamia University of New Delhi and attacked students in which many were severely beaten up and were also detained for several days. Another case that got the least attention happened in a small district of Uttar Pradesh, Hapur, where the cops were accused of the custodial torture and death of a 35 years old private security guard, working in a Ghaziabad firm.

People must condemn all these inhuman actions by the police towards the citizens of the country. At the same time, we also need to ensure that justice must be delivered to Jeyaraj and Bendix. In light of the above facts, it is imperative that the government undertake strict measures to deal with such brutal acts performed by the state police, who is meant to ensure public safety. It is time that we demand better policing under which every citizen of the country can feel safe rather than feeling threatened.

Why Are Law Enforcement Forces Unable To Reduce Cases Of Human Trafficking?

A Letter To Umar Khalid, My Friend And Comrade