Ace director Shoojit Sircar and his consummate team are back with an absolute entertaining movie Gulabo Sitabo. This is the first ever movie to premiere online. The movie released on 12th June worldwide on Amazon Prime Video.

The film is set in Lucknow and gives a glimpse of the never-ending wrangle between a landlord and his tenants. Mirza, played by Amitabh Bachchan, is an elderly landlord of haveli Fatima Mahal. Bankey, played by Ayushmann Khurrana, is a quick-witted tenant, living with his three sisters and mother. Bankey runs a flour mill for survival. 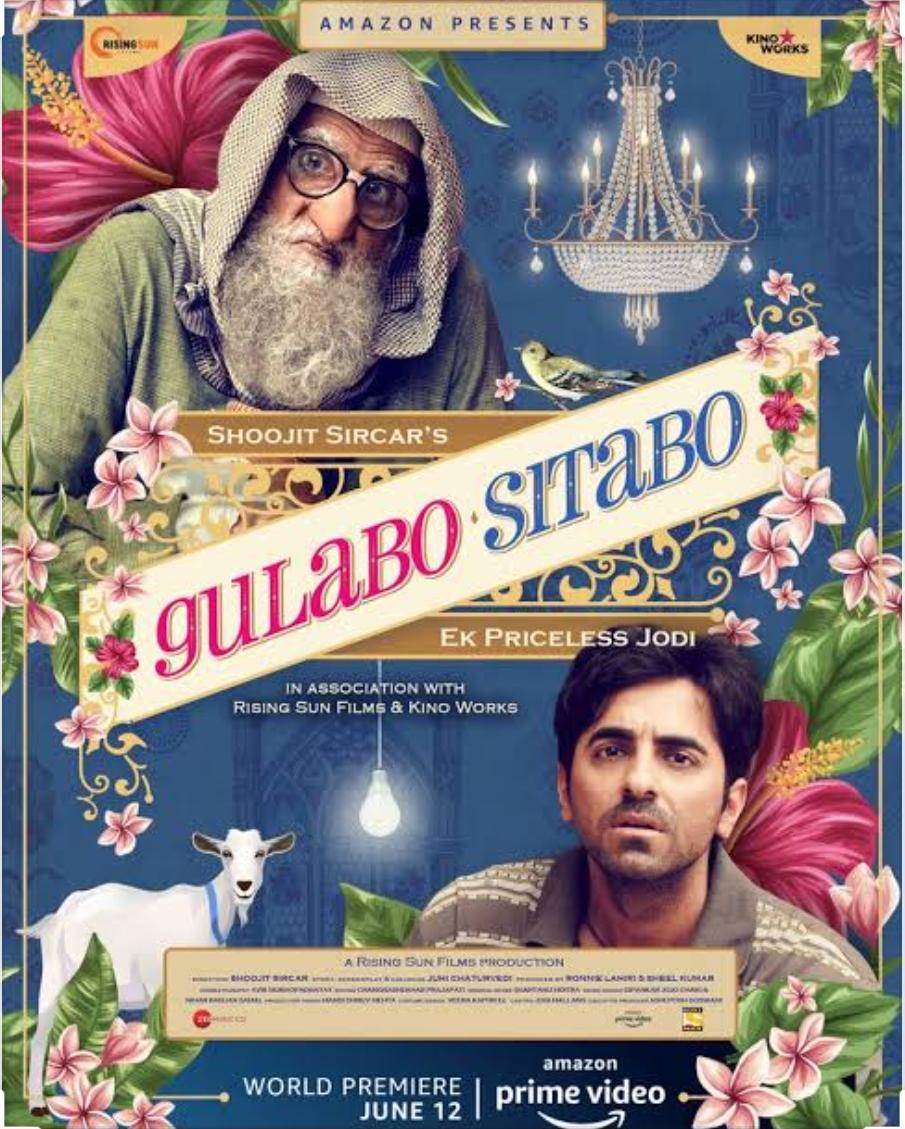 The irascible landlord wants his long-time tenants to pay more, but the irritated tenants hit him back with complete denial. So, to do something about this, Mirza now begins doing things to irritate the tenants. Mirza wants the haveli for himself. He is waiting to evict the tenants and for her Begum to pass away as she is the real owner of the haveli, which she inherited from her father.

Mirza hires a lawyer to evict them, but trouble begins when the lawyer suggests selling the property instead. Soon, we get to know an officer from the Archaeological Survey of India amidst this mix, who suggests that the haveli is a protected heritage site. Baffled by all this ruckus, Bankey tries to persuade Mirza to adopt him so that he can inherit the property.

In the middle of this drama, one can only presume that Gulabo and Sitabo are names of the goats Mirza has kept in his haveli.

Supporting actors in the movie include Brijendra Kala as lawyer, Vijay Raaz as government officer, Farrukh Jafar as the Begum with so much swag, TVF’s well-known face Shrishti Shrivastava as Guddo and others, together making this rat race of land and greed a satirical, comical, twisted story.

Movies like Gulabo Sitabo have every element of surprise and laughter, an exceptional content and an amazing cast.

Shoojit Sircar has once again proved his vision to be unique and thoughtful. Sometimes, love for material things is more than love for someone. But the song in background hits it very sarcastically, “Kya lekar aaye the aur kya lekar jaoge.” All in all, the movie is a perfect family entertainer.

Also read: Spoiler-Free Review: ‘Chocked: Paisa Bolta Hai’, But Whose?
You must be logged in to comment.

This Dance Festival In Hyderabad Walked The Talk Of Queer Inclusion

Is It Dark Humour, Or Are You Just Being Tastelessly Insensitive?