By malvika in Environment, Poetry 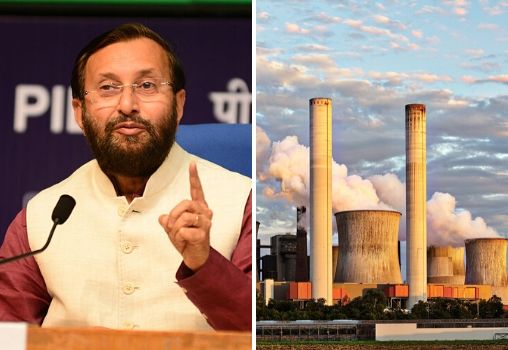 You thought a shady Data Protection Bill was the heights,
A government could take things in a democratic country.
Well lucky for us,
The Center has a tenure full of surprises,
And what if it turns out to be a flop,
Like, say demonetisation.
Who needs facts?
When a powerful orator can spin even powerful narratives,
That you would want to believe,
Because what other choice do we have?
Or did I mention yet I’m talking about a democracy here?
So welcome to the next move,
Aimed at strengthening political and bureaucratic control,
On the Environment Information Assessment process,
Of removing any scope of public complaints about violations of the EIA,
And entrusting the entire process to Government,
And the project developers themselves.
Of entrusting the violator to confess,
The crime he committed,
Cute, government.
Activists fought to get the deadline for public feedback
On the Act
Extended to August 11,
So speak up!
Tell your government your environment matters.
Tell it that marking a 100km region from the border as ‘strategic’ land,
And thus effectively covering almost the entirety of the NorthEast.
India’s reserve of fragile biodiversity.
Of including the ex-facto environmental clearances,
The SC termed illegal,
And the Acts the National Green Tribunal rejected,
Of exempting all inland waterway ,
And national highway expansion projects
From clearance
And leaving the wildlife and tribal lives
In the foray
Is not the way things are done.
Not in a democracy.
Nature matters,
Wildlife is important to us.
We don’t shun development.
The youngest nation in the world,
Is all up for it.
But, we won’t have it at the cost
Of the environment.
Sustainable development – that’s the goal.
To leave behind a generation,
That breathes in air and not smoke.

Can Zero-Waste Stores Be A Part Of Our New Normal?

The World That We Live In Encourages Us To Waste Food