Dharavi Model: How To Empower The Community Towards Better Employability?

By Amlan Chaudhuri in Business and Economy, Society

A slum is a highly populated urban residential area consisting of tightly-packed old housing units in a situation of deteriorated and incomplete infrastructure. Inhabited primarily by impoverished people, according to the census of 2011, India is home to more than 65 million slum dwellers living across the country. As per the Handbook of Urban Statistics, 2019, published by the Ministry of Housing and Urban Affairs, 29.4% of India’s population represent the poorest of the urban poor living in slums. The growth of slums is highest in the five states with the highest urban populations — Maharasthra, Uttar Pradesh, Tamil Nadu, West Bengal and Andhra Pradesh.

Dharavi in Mumbai city is spread across 175 hectares, housing almost a million people. About 70% of the population is Hindu and the rest Muslims, Christians, Sikhs, Buddhists, etc. With an economy of $1 billion per year, the district has an estimated 5000 businesses and 15,000 single-room factories. Dharavi houses a number of industries like recycling, making clay pots, embroidery, bakery, soap factory, leather tanning, papad (poppadom) making and many others.

Though most of the goods produced are sold in the Indian markets without a brand name, many of these like embroidered clothes, clay pots, etc. are exported worldwide. In addition to the traditional pottery and textile industries in Dharavi, there is an increasingly large recycling industry, processing recyclable waste from other parts of Mumbai. Around 80% of Mumbai’s garbage is recycled at the Dharavi recycling industry.

The people living in Dharavi are known to have migrated from various regions of India. The leather tanners in this area are the local Maharashtrians and from Tamil Nadu (including Tamil Muslims), the potters from Gujarat, the embroiders from north India, etc. In terms of its enterprise industry, Dharavi surprisingly utilizes its resources and space; approximately 85% of the population is locally employed.

The most dominant industry in Dharavi is the leather industry. This industry employs thousands of people living in these slums and has an approximate turnover of ₹120 million. Manufacturers from Dharavi are known to export cheap, but pure leather goods, to many European and Middle Eastern Countries.

People of Dharavi are used to seeing tourists and do not mind being observed. They understand and appreciate that the tourism enterprise benefits their community. A tourist agency, known as ‘Reality Tours’, even specializes in conducting these tours for Indian and Foreign Nationals. 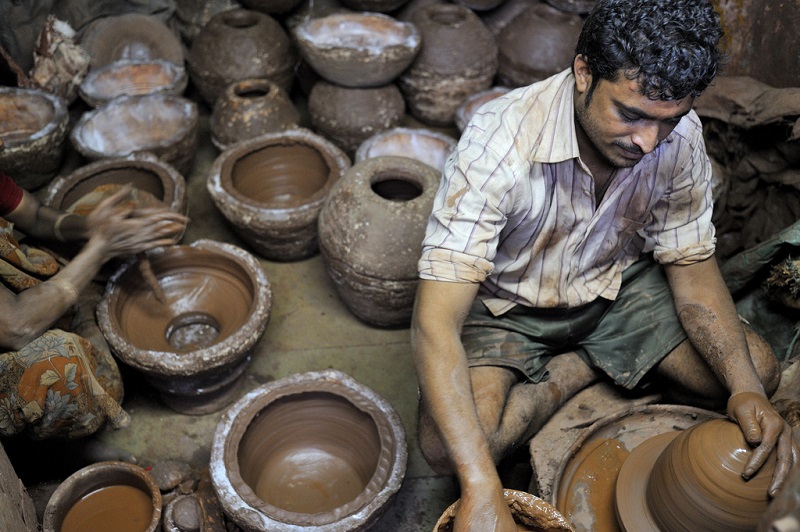 Also read: From Dharavi’s Slums To International Ballrooms: A Film On Jameel’s ‘Dancing Shoes’
You must be logged in to comment.

What Does The ‘Future Of Work’ Look Like? These 4 Experts Will Tell You!