Will Sachin Pilot Follow Scindia’s Footsteps And Join The BJP?

By Meghna Deshmukh in News, Politics

The Madhya Pradesh event of March seems to be repeating itself for Congress, after Rajasthan’s Deputy Chief Minister Sachin Pilot was disqualified from the party for ‘staging a rebellion’ against current CM Ashok Gehlot. The Rajasthan political crisis began late last week, when the Gehlot-led government accused the BJP of trying to topple their government by bribing a few MLAs from the ruling party. The BJP in return said the claims were a mere distraction by Congress who was trying to divert attention from its internal problems.

Problems between Gehlot and Pilot had come to light a months earlier, in March, when Congress found themselves in a similar situation in Madhya Pradesh, which ultimately led to the resignation of Congress’ Jyotiraditya Scindia and the fall of Kamal Nath’s government. Sachin Pilot and his loyalists fled to Delhi on 12th June, 2020. 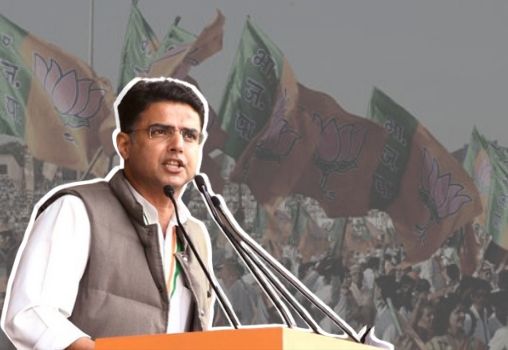 Subsequently, the Congress decided to hold a meeting the next day on 13th June, to show support in favour of the Gehlot government, with consequences for those who didn’t attend. Pilot’s absence was taken as a rebellion against the party and the government, and added to the problems between them.

Fearing a repeat of their Madhya Pradesh fate, the Congress expelled Pilot from his position from the party on 14th June. Soon after the development, it was suspected that Pilot would follow Scindia’s footsteps and join the BJP. However, the rumours were dismissed by him on early 15th June. A press conference was expected to be held on the same day, but was cancelled later. As of now, there has been no further information about Pilot’s plans. Meanwhile, Govind Singh Dotasara is the newly appointed Chief of Congress in Rajasthan.

Why Are We Celebrating The Priya Ramani Judgment?