Ryabinin – The Truth Behind The Arctic Spill

By malvika in Environment, Poetry 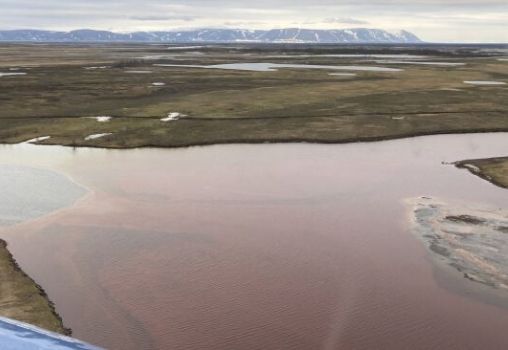 Russia faces yet another scandal
And the same story continues
The state media effectively paints an all is well image
But a whistleblower tears it all apart
Vasily Ryabinin, prevented from doing his job
To find out the damage done to the sea
Publicly revealed 20,000 tons of diesel was spilt
Into river Daldykan and Lake Pyasino
Which threatens to disturb the fragile Arctic ecosystem
The Nornickel metals giant after weeks of claiming normalcy
Finally conceded the situation indeed got out of hand
After public cry and insiders warned the world
Of the authorities’ decision to small-play an accident
That has been the worst ecological catastrophe in the polar Arctic.
Contamination levels of dissolved hydrocarbons is 2.5 times higher
Than what is legally permissible
Locals claim “Everything here is dying”
Air pollutant levels so toxic
Norilsk faces a different lockdown
The marine life home to endangered species
Has suffered silently under the radar
Russia – another scandal – another cover-up
But a single man willing to do his job
Has stood up to a multi-billion cooperation
And an entire nation where protests are unwelcome
Ryabinin is the hero
Russia and the rest of the world needs now

For The Love Of Ice Cream, Save The Planet!

By Be a Bridge for Change - BBC

Hi, I am your ‘Dustbin’. Could You Please Listen To Me Once?