Prashant Bhushan Vs Dissent: Can A Tweet Lower My Faith In The Supreme Court?

“If the freedom of speech is taken away, then dumb and silent we may be led, like sheep to the slaughter.” ― George Washington

Does freedom of speech really exist in India now?

The Supreme Court on July 22 issued a notice to advocate Prashant Bhushan for two of his Tweets. The first one is “When historians in the future look back at the last 6 years to see how democracy has been destroyed in India even without a formal Emergency, they will particularly mark the role of the Supreme Court in this destruction, & more particularly the role of the last 4 CJIs.”

And the other Tweet was “CJI rides a 50 lakh motorcycle belonging to a BJP leader at Raj Bhavan, Nagpur, without a mask or helmet, at a time when he keeps the SC in Lockdown mode denying citizens their fundamental right to access Justice!”

Indians have lost faith in the judiciary because of aforesaid incidents, not because of the fair criticism by Prashant Bhushan.

How can 280 characters lower my faith in the Supreme Court?

On August 20, the three-judge bench asked Prashant Bhushan to “submit (an) unconditional apology.” Bhushan paraphrased Mahatma Gandhi and said, “I do not ask for mercy. I do not appeal to magnanimity. I am here, therefore, to cheerfully submit to any penalty that can lawfully be inflicted upon me for what the Court has determined to be an offence, and what appears to me to be the highest duty of a citizen.” These words were said by Gandhi in a trial that was a significant event in the history of India’s nationalist movement. Bhushan has shown exemplary courage. He is a true Gandhian. 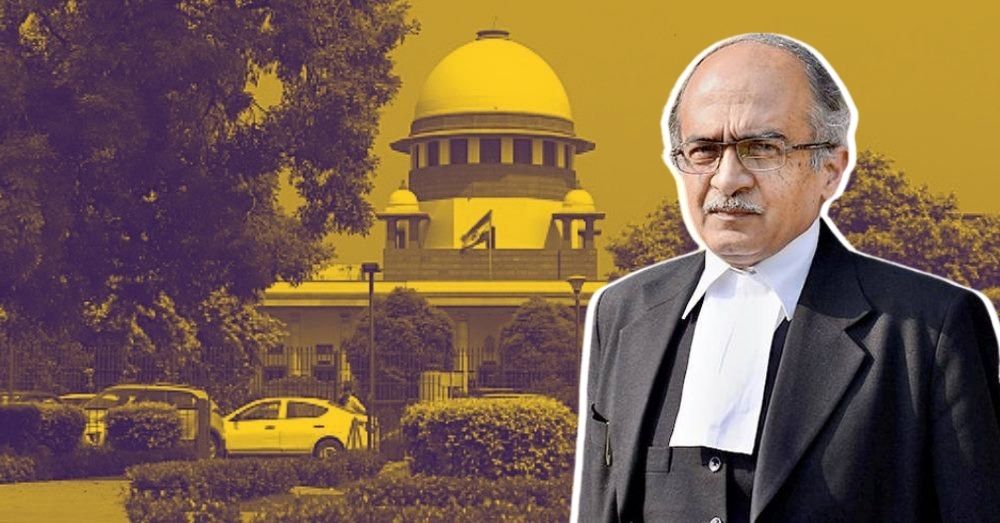 A few questions arise in my mind on the legal aspects of this case:

We will probably never get the answers to these questions. The conviction by the Supreme Court of India is not a punishment but a badge of honour of defying an unjust law of contempt, and a ray of sunshine and hope of justice in the world.

Also read: 3 Times India’s Judiciary Has Failed To Assure Kashmiris Of Their Rights
You must be logged in to comment.