Student Politics Should Not Only Be Made Permissible, But Also Encouraged

By Tapesh Upadhyay in Politics

Youth is a synonym of energy. If Bharat revives on the context of social, economic, and education front, then there have to be political reforms that will support it. Moreover, without youth, which is profoundly affected by the policies of the government, this seems improbable.

The irony is these leaders are themselves against the student politics now, according to former JNU student union leader Kanhiya Kumar its because they want their children to become the future leaders and do not want any challenge from others. Though having ample potential, student politics is practiced in the only handful of institutions, mainly because of violence associated with it.

If a proper regulatory body is integrated with the associated institutions to monitor student politics, then its drawbacks can be minimized. University level decisions such as the appointment of HOD, VC often takes place through internal politics without the involvement of students, which sparks various controversies.

Student politics develops the attitude of leadership, cleverness helpful in every professional aspect. Therefore student politics should not only be made permissible but also encouraged in universities and institutions. 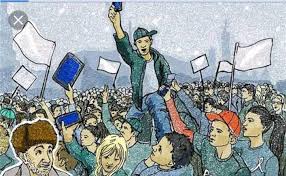 Opinion: Has The Ram Mandir And ‘New’ India’s Politics Put Secularism At Risk?

Political Parties Can No Longer Trick Young People. Here’s Why