There Is Always An Alternative

By Aqsa Shaikh in Politics

When we highlight the moral corruption and toxicity of the current regime, we are asked “But what is the alternative?“. The current leader has been advertised into such a larger-than-life idol that in a hypothetical situation, even Shree Ram will find it difficult to win an election against him.

Most people are well aware of the failures of the government and most have been affected by it on a personal level, especially during the lockdown, but they will still elect him again because, well, dreaded TINA (there is no alternative).

Well there is no one – or at least no one visible yet. When you are blinded by the scorching sun in your face, there is no way you can see the stars. The Sun has to set for the other stars to become visible. And there are numerous stars in the universe, just like there are numerous political leaders in the opposition. Alas! Most have been systematically cut down to size by the sold-out media and blackmailed and harassed by the various so-called Independent agencies. 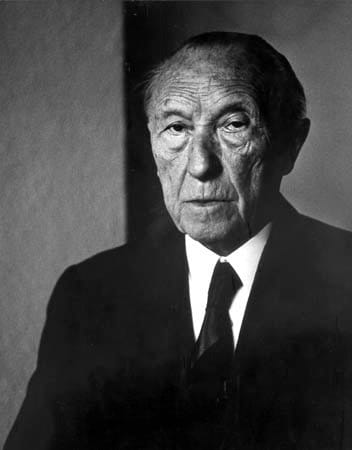 Now, you must be wondering who the man in the picture is. He was Konrad Adenauer. He was Germany’s first Chancellor after Adolf Hiter and after the fall of the Nazi regime. Adenauer was just an ordinary mayor of the city of Cologne during the Nazi regime and was dismantled from that and sent to a concentration camp. He was a nobody when compared to Hitler. A mere speck of dust in front of the Führer! During Hitler’s reign, no one would have imagined that Adenauer would become The Chancellor of Germany one day, and a very popular and successful one at that.

So, the next time someone tells you, there is no alternative, tell them there is always an alternative. Always!

Also read: Is RaGa-Led UPA Emerging As The Clear Alternative To Modi Sarkar?
You must be logged in to comment.

Is A Caste-Based Census Necessary In India?