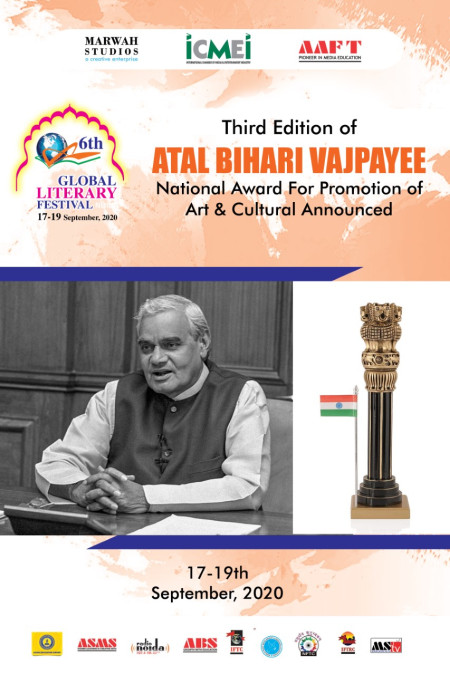 “It was in 2018, we were the first one in India to announce the National level award after the name of our former Prime Minister Bharat Ratna Atal Bihari Vajpayee for the people who have contributed immensely towards the promotion of Indian art and culture,” said Dr. Sandeep Marwah, President of Marwah Studios and founder of Noida Film City.

The award titled Atal Bihari Vajpayee National Award For Promotion of Art And Culture was constituted by AAA (Asian Academy of Arts) in association with AAFT University of Media And Arts and ICMEI (International Chamber of Media And Entertainment Industry) immediately after the death of former Prime Minister to mark respect to his untiring contribution to the nation and art and culture of India. He was also a well-renowned poet.

Also read: Vivekalam Awarded ‘Most Popular Indian Award’ For Its Work During Assam Floods
You must be logged in to comment.