Will Bihar Be Able To Let Go Of Caste-Based Politics?

By Ritwik Trivedi in Governance, Politics

“How can I let go of combing my caste”, a passerby said on being asked about Bihar assembly elections. He acknowledged the matter and merit of caste without any iota of doubt as for his conviction and confidence. Combing of caste: like how we comb our hair, we comb our caste, using it for electoral purposes.

Well, the debate on education, employment and healthcare takes a backseat when caste pops up. 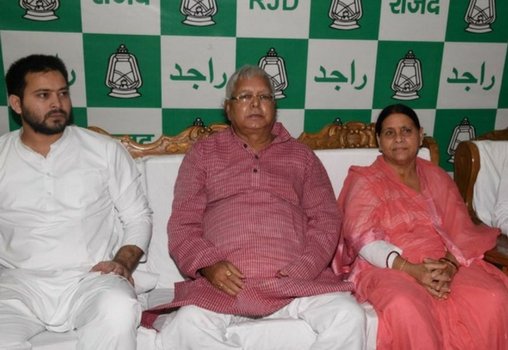 In Bihar, OBCs are being pulled by the BJP and the lower OBCs by the JDU. Whereas RJD has come in support of conducting a Social Economic Caste Census ( SECC) at the state level helping in identifying the loopholes for the effective subcategorisation of the OBCs and SCs. But will Nitish babu take the plunge betting on his ‘Mr Clean’ image as a bold reformist? What if he finds himself confronted by all sorts of inconvenient figures and facts?

Will you able to stand up to the occasion and opportunity, Mr Kumar? There is not one but many charges that have been levelled against you and your functionaries. How would you like to react to it, Nitish babu? Were fifteen years not enough for you? You wanted to be an alternative to the other side, didn’t you?

But now where do we find ourselves in terms of parameters of growth and development? I can understand your zeal for social reform measures but it isn’t enough. Industries, Investments and innovations were never there on your priority. We continued lagging behind in comparison to states around by being ignorant about it. The package also didn’t serve any objective at all as generations of people were greeted by affinities of caste loyalty and obedience

Also read: Why Do Elections In Bihar Revolve Around Caste And Religion?

I simply ask you Nitish babu: for how long would we be combing our caste? Why don’t you commit yourself to the task of infrastructural setup in Bihar in the best if your capacity? Why are your people migrating and relocating to different states and cities? Why does a migrant mentality exist in us and why don’t we try adopting initiatives to overcome it? Well, Mr Kumar, I believe you already got enough to introspect or would you like to be awarded more?

It’s up to us, the voters, who are silently watching and making up our minds.

“Dissent Is Nothing But A Difference Of Opinion”