Has Sushant’s Case Given Bollywood A Chance To Redeem Itself?

By Ritwik Trivedi in Culture-Vulture

After Rhea’s arrest and Kangana’s assertion on the Sushant Singh Rajput suicide case, Bollywood has begun arousing our fascinations. How our celebrities deal with the dangers of drugs is up on everybody’s mind. I believe this has given a chance to the film industry to widely articulate and address the rising menace of substance abuse in the entertainment industry. But, we unnecessarily involved ourselves in questioning whether Sushant was drugged by Rhea Chakraborty or not. Did Rhea play foul especially if we were to go by the testimonies of the witnesses?

Later, as Kangana Ranaut jumped into it, a lot of it became murkier and messier. Tagging and targeting those with influence became quite easier after Kangana opened up. Alas, she became a victim of the BJPs political propaganda by giving up on minding the gap being opinionated and misinformed. 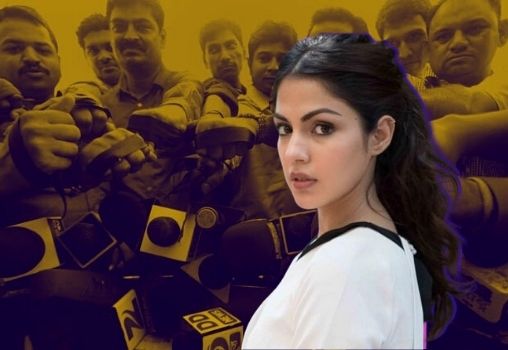 I don’t understand why she didn’t choose to restrain and caution while uttering her stance, picking and passing the buck with whomsoever she otherwise had differences with. I understand that the issue of drugs needs wider grilling and introspection involving our investigative agencies. It’s fine if they want to proceed by summoning Deepika Padukone, Shraddha Kapoor, Sara Ali Khan etc.

Why it is that success makes our stars blind to their prospects and fortunes? Why do they start fantasising flowing in the bubble of their fanfare? Our society adores and admires these stars and celebrities, but at what cost? I ask why do we emulate these artists when we, at the back of our minds, are familiar with what they illustrate and inspire?

How can there, at all, exist a confrontation, chaos and contradiction on and off-screen? Shouldn’t we at least expect some shred of morality from those we command obedience and loyalty? C’mon Bollywood, it’s high time now, this is what you call value-less modernity?

Also read: Dear Indian Media, Shouldn’t The Burden Of Conducting Trials Be Left To The Courts?
You must be logged in to comment.