By kajal mishra in Governance, Politics

Power Grid Corporation of India Limited and Madhya Pradesh Jal Nigam Limited Company has not provided compensation to their farmers.

Tower lines were being taken out of the fields, only crop damage compensation was given by the company when the farmers demanded compensation.

Whereas in the guideline issued by the Government of India, there was a provision to inspect the land of the farmers, including the well, tubewell trees, which were forced by the company and the local administration to force the police to force the towers into the farmers’ fields. On which a memorandum application was held by the Rashtriya Kishan Mazdoor Mahasangh along with farmer leader Subhash Pandey demanding constant compensation.

Along with this, the farmers climbed into the tower and complained about the administration, from the President’s Office to the Human Rights Commission, New Delhi, to the Chief Minister’s Chief Secretary Collector, the administration registered an FIR against over 100 people. Seeing the agitation demonstrations of farmers, the collector finally had to order the compensation of the wells, tube wells to the farmers, the company had to pay compensation of Rs 18 crore to the farmers. 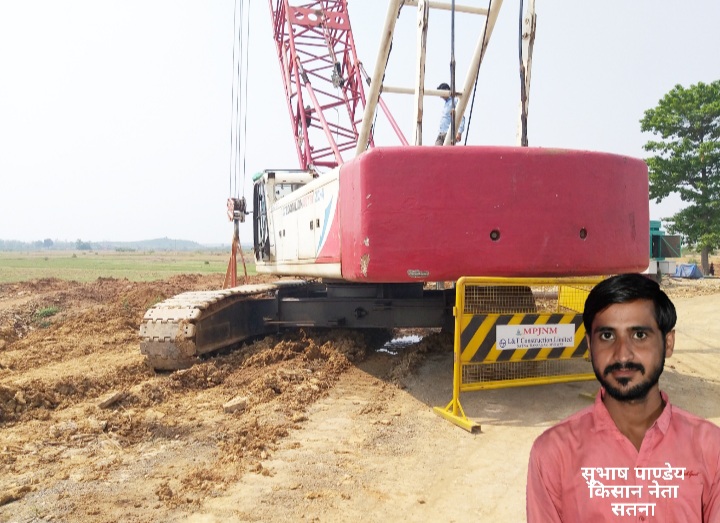 The Movement Against Madhya Pradesh Jal Nigam Maryadit Board

In the year 2019, the Madhya Pradesh Jal Nigam Maryadit Board Company, an undertaking of the Government of Madhya Pradesh, started the work of a 1500 crore project for the supply of drinking water in Satna district. For this, a pipeline was being laid from the fields of the farmers, on which the company, including the local administration, was pressurizing that there would be no provision for compensation.

While the provision compensation was led by Subhash Pandey under the Madhya Pradesh Pradesh Pipeline Duct Act 2012, a continuous complaint was made by him in the Human Rights Commission in New Delhi, which the Commission took into consideration. Satna’s collector was directed to notify the applicant after eight weeks of action, which was assured by the Chief General Manager of the company, Ashish Srivastava, accepting the provision of compensation.

Farmer’s Satyagraha And The Unbecoming Governance Around It

How Will A ‘Mann Ki Baat’ Be Useful To An Average Farmer, Modi Ji?