One of the main reasons that a girl child is considered a burden is because she is a “Paraya Dhan”, who needs to be sent away along with a massive dowry at the time of marriage. Generations become indebted trying to arrange for the unrealistic and unending dowry demands.

Taking advantage of this weakness, a new form of exploitation is taking place, called the Sumangali Scheme. 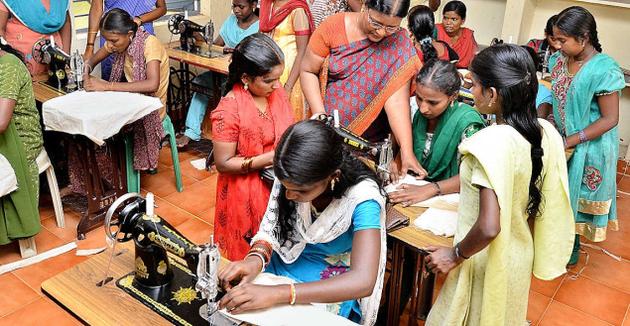 Garment industries are approaching young women between the age of 15-18 years for offering them a job in return for lump-sum money against their dowry, which is paid to them at the end of three years of work. Adolescent girls are lured in by the promise of earning their dowry, which allows them to buy a respectable place in society after marriage. Sumangali, literally translating to “happily married woman”, is a dream of every girl, and this very thing is used against them.

Post recruitment, these girls are treated like apprentices instead of workers and are denied minimum wages, PF, gratuity, leaves etc. They are often made to work in a 12-hour shift in a room with no ventilation. They are kept captive in unsanitary dormitories and are denied any contact with the outside world. Moreover, if any girl decides to quit prematurely, they lose out on the lump-sum dowry amount promised to them.

Also read: Marriages Aren’t Markets: Why We Need To Get Rid Of Dowry!

This scheme is designed specifically keeping in mind the low potential of a young girl rebelling or creating collective bargaining units against the employer. It preys on the already oppressed weaker segments of our society and is highly condemnable.

Opinion: Women Need To Unite To Get Rid Of The Barbaric Tradition Of Dowry

Marriages Aren’t Markets: Why We Need To Get Rid Of Dowry!