Brands Have Found A Cheap, Fun Way Of Marketing, And It’s Only Going To Make You Laugh

By Inni Chauhan in Culture-Vulture

In a layman’s dialect, it’s about publicising memes on brand handles to build more alluring, entertaining and fast-spreading content. I found this very amusing — brands nowadays are utilising humorous portrayals, video clips and GIFs to connect with their audience. Hefty brands such as Tinder, Goibibo, Netflix, SBI, Paytm, Nearbuy, Swiggy, Big Boss, STAQU, McDonald’s and even Mumbai Police and politicians including Sambit Patra are employing memes in their speech or content to make themselves more relatable with the audience.

I suspect it might appear like a ludicrous course, but the return on such an investment is no joke. Brands disburse several hundreds of thousands of bucks in any other marketing crusade, or maybe advertisement through television. But meme marketing is less expensive and is more fascinating as well. 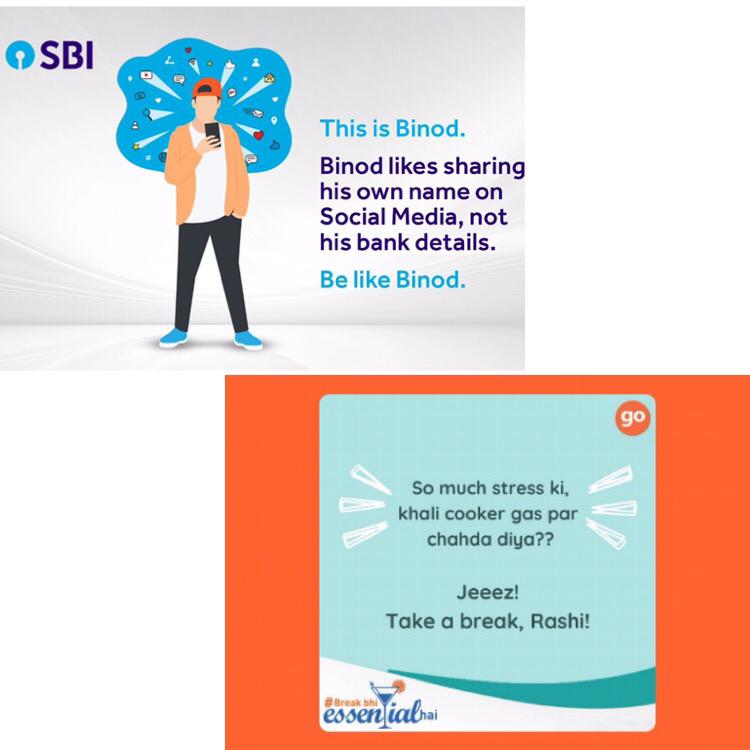 In the above image, it’s indicated how the State Bank of India is referring to the Binod meme to aware its customers against cyber thievery. In the second post, the meme illustrates Goibibo conveying its message of taking a break by referring to the kokilaben meme. 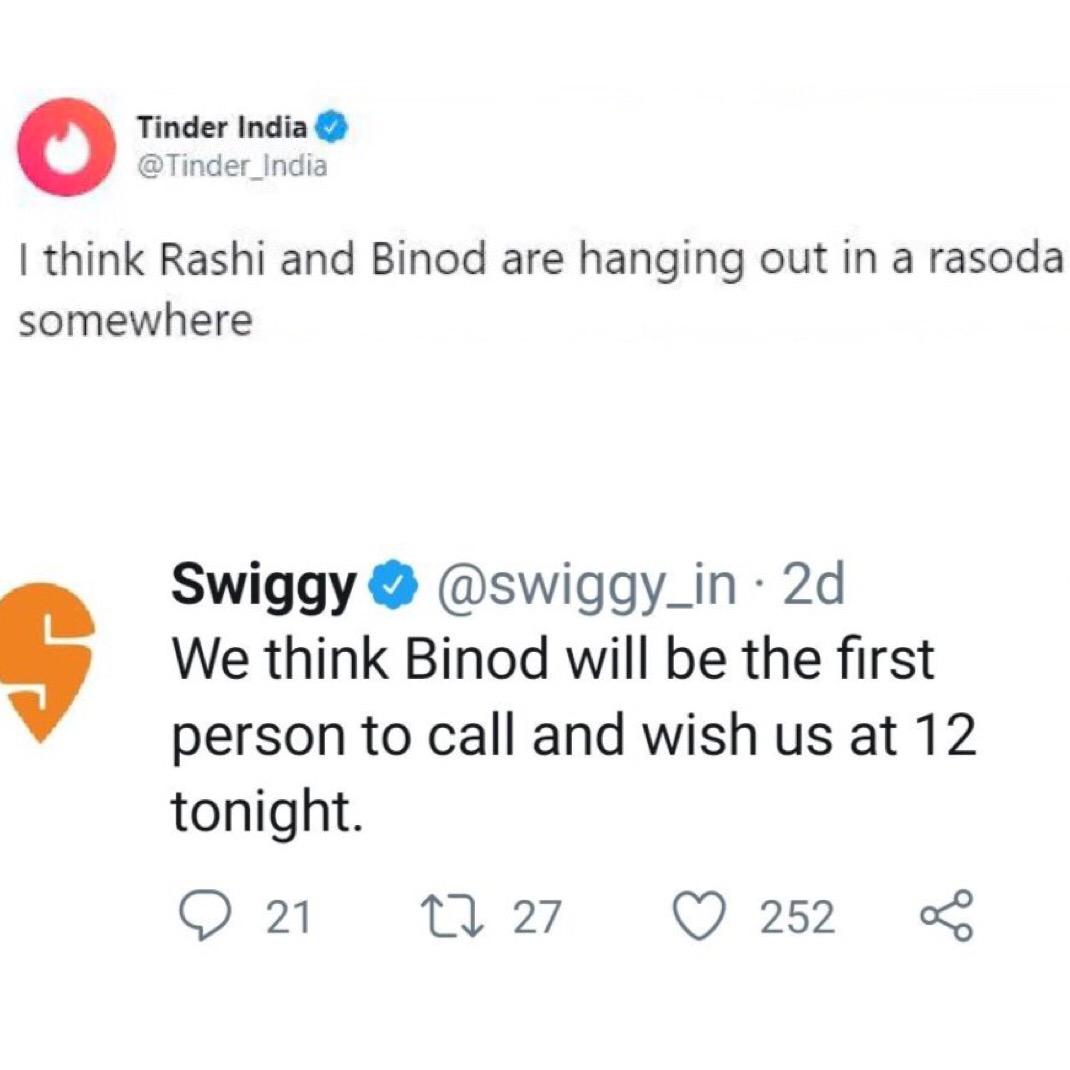 In the above image, Tinder is portraying Rashi and Binod’s matchmaking. In the later post, it is Swiggy, a food delivery app, which is referring to the Binod meme. 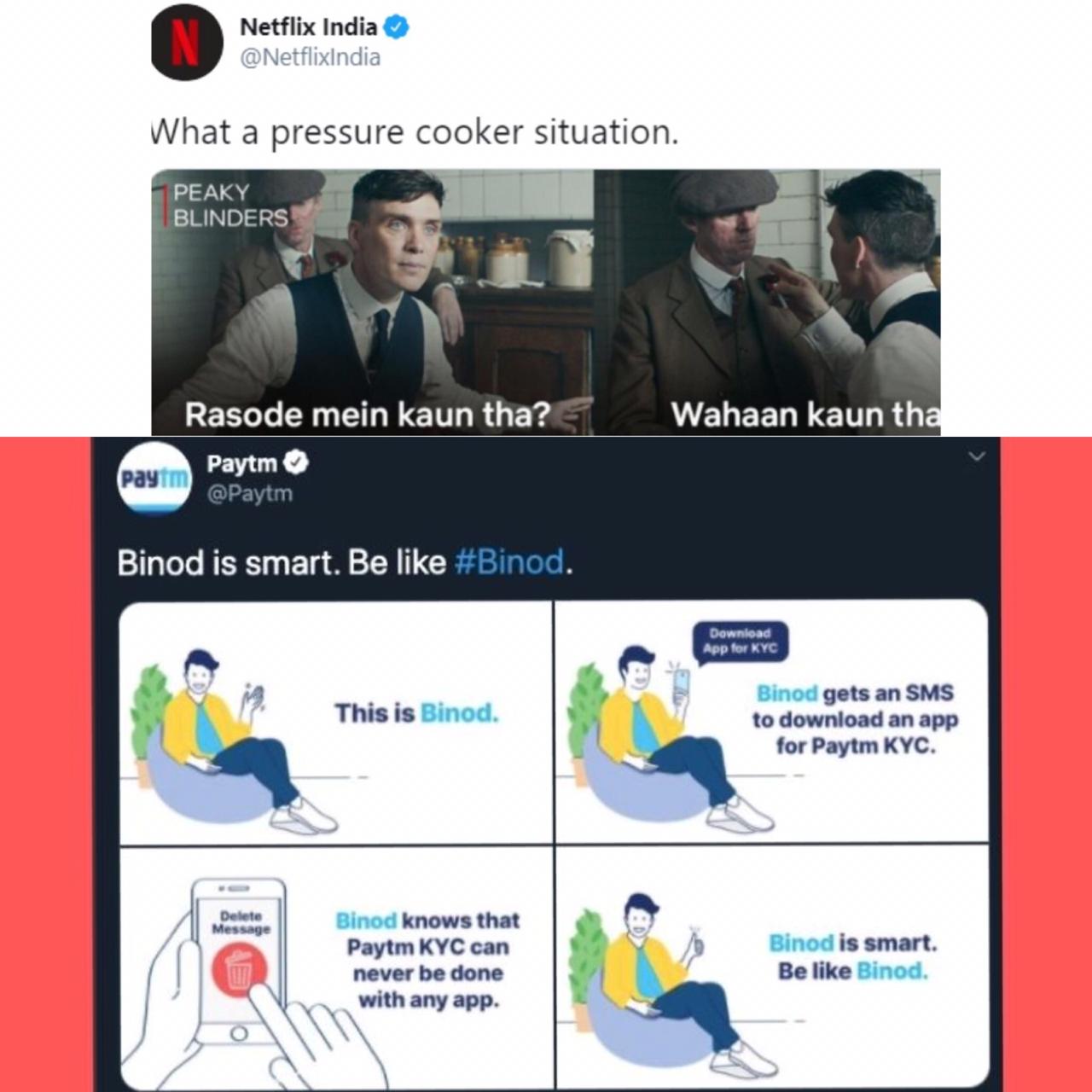 In the above image, Netflix interprets its series Peaky Blinders by citing the kokilaben meme. In the next part, the Paytm brand is quoting the Binod meme by convincing its customers to get their KYC served. 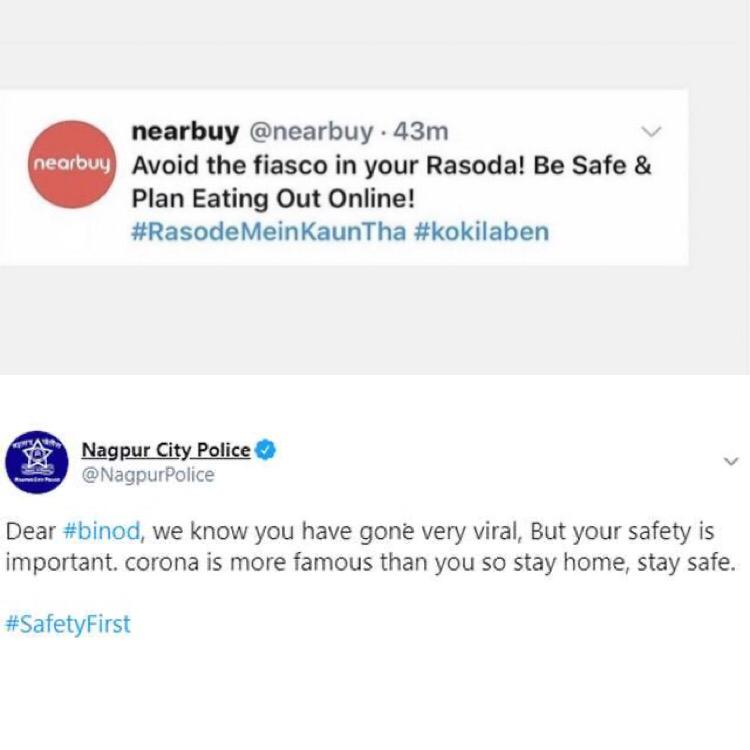 Nearbuy app implored its customers to go out for a meal and avert the chaos of knowing who’s in the rasoda (kitchen). The later post shows the Nagpur City police tweeting to citizens to stay home and not get viral like Binod does. 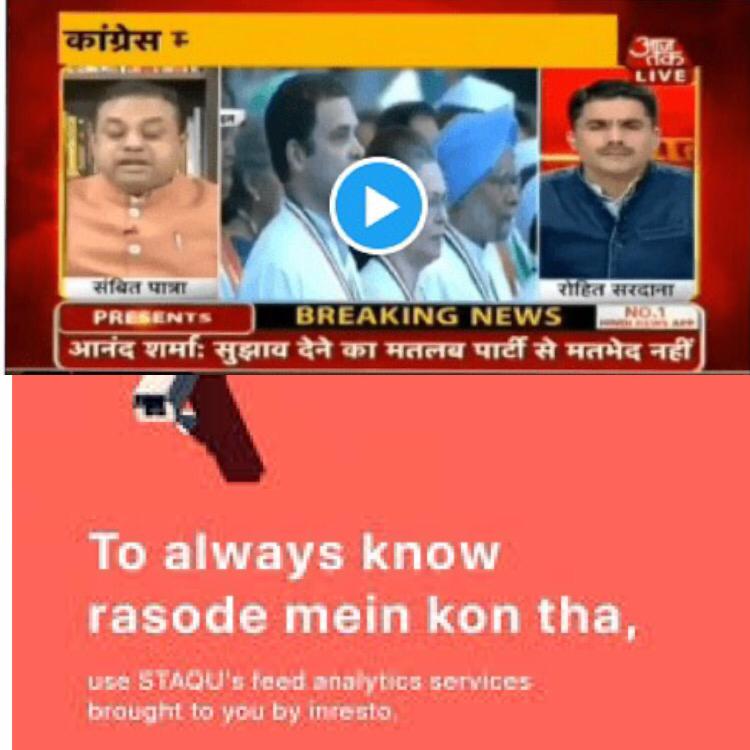 In the above image, a discussion on AajTak shows BJP leader Sambit Patra referring to Rahul Gandhi as Rashi. In the next post, the brand STAQU can be seen promoting its CCTV cameraa so that you know for sure who’s in the rasoda. 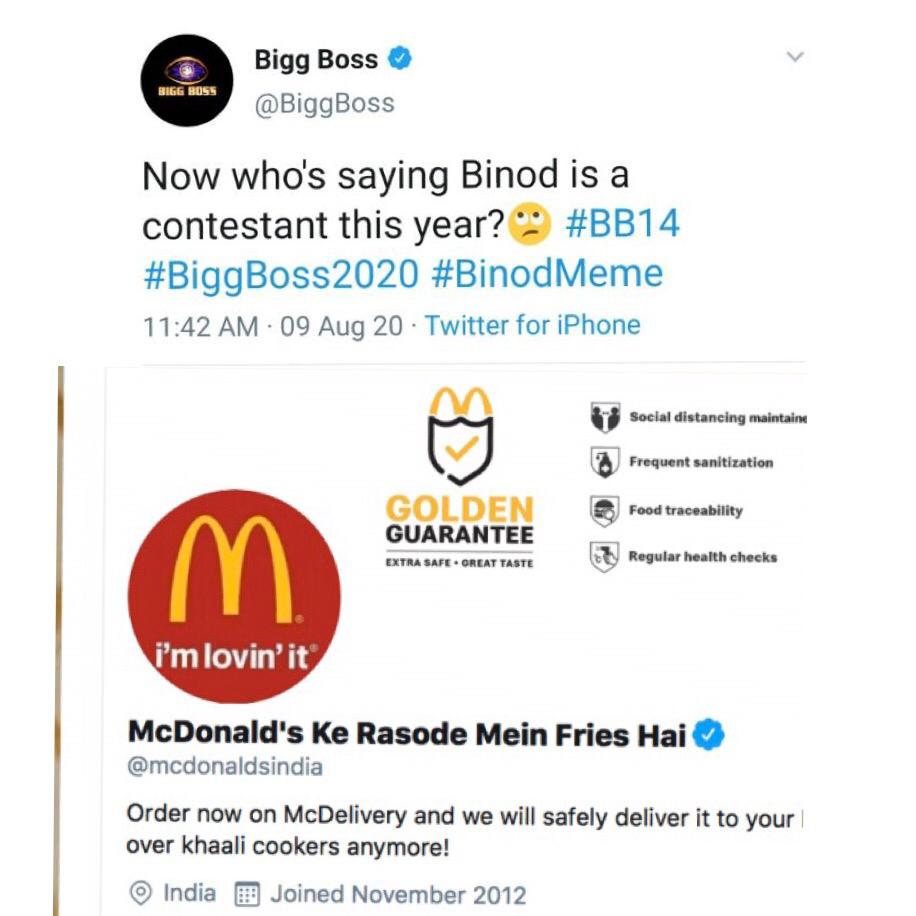 Finally, Bigg Boss tweeted about Binod not being their contestant in BB 2020, while McDonald’s used the rasoda meme to market fries from its kitchen.