‘Shaping Peace Together’ This International Day of Peace, 2020

By Adil Zafar in Society 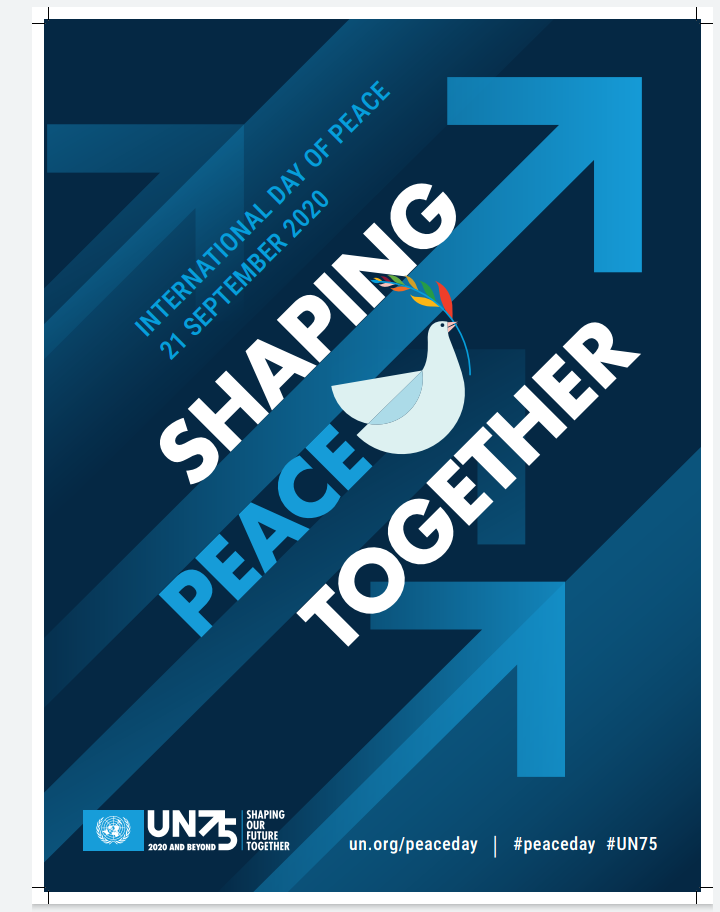 The Father of Nation Mahatma Gandhi said, “There is no path to peace, peace is the path”. On 21st September each year, the International Day of Peace also known as Peace Day is observed around the world. It was established in 1981 by the United Nations General Assembly(UNGA). Two decades later in 2001, the United Nations General Assembly augmented for “non-violence and cease-fire” on world peace day and calls on everyone and every country to observe Twenty Four hours of non-violence.

The 2020 theme for the International Day of Peace is “Shaping Peace Together.” Celebrate the day by spreading compassion, kindness and hope in the face of the pandemic. The World Body is urging people to stand against attempts to use the virus to promote discrimination or hatred.

At this time, it has been clearer than ever that we are not each other’s enemies. Rather, our common enemy is an irresistible virus that threatens our health, security and very way of life. In March, Secretary-General of the United Nations Antonio Guterres was quoted saying, “These are not normal times, and our responses cannot be routine. The pandemic is not just a health issue. It is having direct and troubling effects on development, peace, and security. Our global ceasefire appeal is resonating in many places and with many different groups. While distrust can make implementation difficult, I have been heartened by the strong support the appeal has received from civil society, which can influence and mobilize people at the grassroots.”

Peace is possible but it is arduous to get. Starting a war is easy, but no one knows when and how it will end. As we can take the example of history that societies lived peacefully in earlier times. Even today every person is looking for Peace so that it could be possible to live a life without being surrounded by worries and problems. Because life is better in a world where peace exists.

If these wars keep prevailing and destruction or devastation continues, the loss and grief of losing loved ones will shake the happiness of people. That’s why in this situation, we look forward to the pacifiers and peacekeepers in order to learn what we can individually do, as responsible citizens, to make the world a peaceful place to live in without facing any worries.

Also read: I am Joining The #PeaceDayChallenge” Movement: Are You?

How Love Challenged Boundaries: A Study of Inter-Faith Marriages In Prayagraj

Poem: A Buffoon For The World