Opinion: Our Politicians Do Not Show Genuine Leadership During Debates

When elections come, our political leaders do not fight with logic but with rhetoric for their popularity in these changing times. There remains a spate of controversial talks and complaints are also reaching concerned authorities but what happens? How could it be dismissed that the political debates have come to be known as the war of words? Politicians only indulge in unnecessary illogical discussions on the party line. Dissent is not taken as part of the debate but it hots up to an extreme level of bitterness. Some swallow it hard, while others retort straightforwardly. How could they possibly leave to explain even if the points happen to be so trivial as could induce so much discomfort?

By dint of their experience or political knowledge, it all looks to them foolish firmly, but they accept everything with one another when they disagree to face and resist. Of Course, I didn’t know what it’d precisely be. None of us even did, they are overheard asserting their variance in the discussion. Just in a few weeks, our politicians would be avoiding all that verbal nuances after the completion of the elections.

Do we know our smart politicians carry bird watching binoculars with them to listen to fierce debates as if the political adversaries remain there? But the hostile politicians don’t like to run away in utter unfamiliarity. Why do they not appear more generous like the one we viewed on the television last week’s heated presidential debate between President Donald Trump, and presidential candidate Joe Biden, it indeed had its delicate moments – but Kamala Harris was fully extempore. 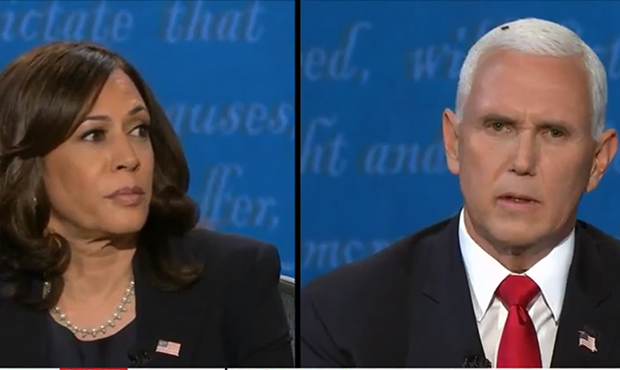 Last week, Trump interrupted Biden a total of 71 times which resulted in him eventually snapping: “Will you shut up, man?” However, Harris held her composure, and with the lift of one hand, told Pence: “Mr vice-president, I’m speaking.” A relatable line that women of the substance throughout the world have had to assert in and out of the meeting spaces everyplace.

By a stretch, Kamala Harris delivered several memorable indications during the debate, two instants held utmost importance. Along with the California senator’s scornful stares and in a fit state – not to speak of the meaningful nods, she made like she was listening to a disturbed toddler – her knack to assure she was heard showed the genuine trait of leadership. Existing vice-president Mike Pence with his one red-eyed glance tried to obstruct her many times unsuccessfully.

Is Slavery To Be Blamed For Haiti’s Tragedy?

Why Does Yemen Continue To Be A Warzone Since 2015?