By nikhil pant in GlobeScope

Note: The following article has been modelled closely to resemble literary non-fiction. The views expressed are for the purpose of calling out religious extremism and not attack any particular religion or community.

He raised a question, who remembers this picture? Students looked at each other, they started whispering nervously, some knew, some didn’t. The ones who knew were afraid to speak, the ones who didn’t were eager to know. Don’t worry, said the teacher, answer without any fear!

This famous cartoon is by Charlie Hebdo, it was first released in 2015 and soon after it evoked anger in a lot of people. As much as that it became the reason for the attack in the office of the cartoonist killing almost 12 people. The teacher moved his eyes in the entire classroom, now you all remember this picture? 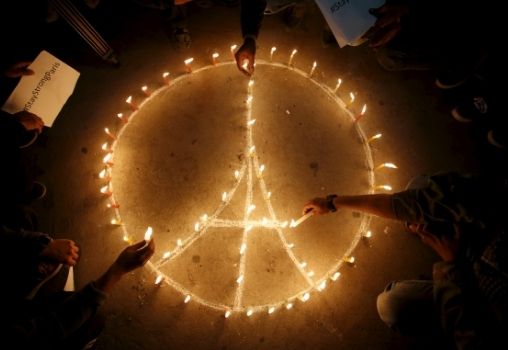 But the question is why am I showing this to all of you today? How is it relevant to our topic? Nobody had the answer but they were eager to know the answer.

Many students heard, most understood, few got enraged.

The news came later that day, the same teacher had been killed by some teenager! One more killing in the name of the Charlie Hebdo cartoon.

The French president spoke and spoke bluntly, spoke about extremism and its end products. Condemned the death of the teacher and warned the suspects along with its sympathizers.

Yet again I get reminded of Christopher Hitchens who once said in his book ‘God Is Not Great’ that “religion is poison”.

Is A Chinese Boycott Possible In Presence Of The Capitalistic Indian Bonhomie And Crony Chinese?