Has Chirag Paswan Been Successful On The Political Front?

Founded in the year 2000, the Lok Janshakti Party presently stands isolated after the latest edition of assembly elections in Bihar. He seems rejected, dejected and deserted even though his party has completed two long decades in politics. His father maintained amicable political relations with other leaders that helped him establish his party on a strong footing. This was the reason for his seat-sharing on as many as 29 wins in the state assembly polls in the year of 2005. There is no MLA of the party but only one today. 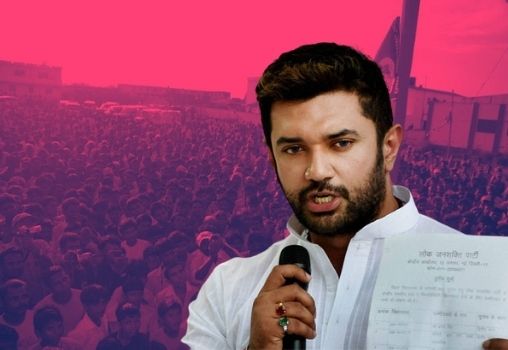 Chirag Paswan, MP, decided to fight on a total of 135 constituencies but was it a sane opinion? Of course not as his relatives did not appreciate it. It was more like playing “Baal Hutth” and showing him as “Nakli Hanuman.”

His political posture has almost halted and it looks like ‘na ghar ke huye an ghat ke’ (Fall between two stools). He also could not prove himself as Young Turk. He, as his critics said, lost everything in the greed of collecting even half. This demonstrates his utter inexperience for he played a very weak part in attaining a remarkable success on the political front.

Politics is a game that aligns with mathematics. Just as politics revolves around discussions and pranks of the common people, some of our young emerging politicians do not perform well in political tasks due to their wrong approaches. This hampers their motivation to do well in their desired goals.

However, they somehow attempt to expedite with the money power which remains involved in politics. This may offend all those unskilled politicians who take the plunge into politics with their cookie-cutter approach. They make things quite boring and ineffective but a stark reality is that the political strategy must be acceptable in every way.