As per news reports, some days back, a horrific and shocking incident took place in Rasoolpur Habib village of Vaishali district in Bihar. A 20-year-old girl was burnt alive, allegedly by two men, Satish Kumar and his cousin Chandan Kumar. She succumbed to her injuries at 12:00 am o’clock on 15 November in PMCH, Patna, according to the authorities.

Before she succumbed, she said that Satish and Chandan were harassing her for the last 2-3 months, and Satish allegedly proposed marriage. But, she turned down the proposal and resisted their harassment. She also supposedly said that she told her parents about the incident. 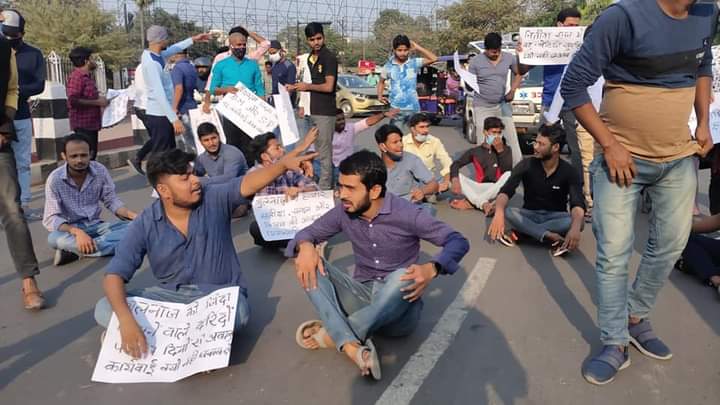 The 20-year-old and her sister had stepped outside their house to dump garbage when Sathish and Chandan were waiting with a plan to kill her. As soon as she reached the ditch, the duo ‘manhandled’ her, which she resisted and tried to escape. In the meanwhile, according to reports, Satish allegedly sprinkled kerosene oil, and Chandan lit her on fire and pushed her into the ditch after which they ran away. After that, several people who had gathered, including her relatives, took her to the nearest hospital, later was referred to Patna Medical College Hospital (PMCH), Patna. She passed away on November 15.

This incident angered society and people have been protesting. Her father, Mohammed Mukhtar, claimed that inadequate action had been taken against the accused. So far, the accused have not been arrested, which also angered many.

Also read:  “I Hoped I Would Not Have To Write A Piece Like This Again”

Many people, mostly the youth, including her parents and relatives, have been protesting on the road outside PMCH, Patna.

An update is that a case has been registered against three, including Satish Kumar and Chandan Kumar. While sensing the gravity of the situation and the anger among the public, the Vaishali SP suspended one senior official from the Deshree police station. As per reports, raids are being carried out by police teams to nab the culprits.

Locked Down: The Fate Of Women In The Lockdown

Gender Based Violence Is On The Rise During The Pandemic