Does The Owaisi Factor Back ‘Do What Thou Wilt?’

The results in Bihar confirms how the BJP that had remained a junior partner in the NDA government so far readies to end up having the upper explicit hand now. However, how has Owaisi factor has marred the number of Mahagathbandhan in the Seemanchal region which lies close to Nepal and West Bengal on its border side. Both the RJD and the Congress have fought on 11 seats each while the BJP and the JDU tried their luck on 12 and 11 seats respectively in the Muslim dominated districts falling into Seemanchal. It has 24 assembly seats to its reputation. The Congress party had won as many as 9 assemblies of this region in the year of 2015.

The AIMIM registers its victories in ample seats  5 seats are not meagre) in this second attempt of the electoral fight. How could it be considered as a vote blocker for other political parties? Could Owaisi be blamed for working as B-team of the saffron party? He has left a deep imprint in the region extending from Mithilanchal to Kosi and Seemanchal. 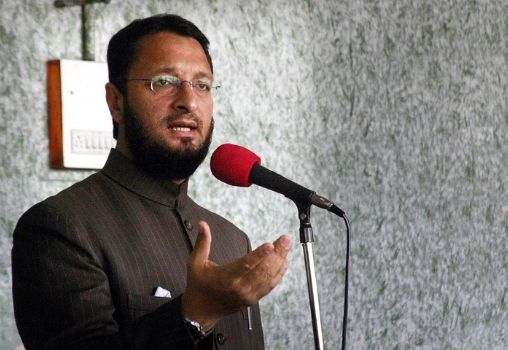 He has caused a big dent into the Muslim-Yadav equation in this poll. Just as soon as you began analysing the trend political wind at his favour, all was taken away in a spectacular community fashion. His soaring confidence now crumbles the weight of expectations so far affixed with other parties. He appeared to have demonstrated what he wanted on the electoral ground. Though the RJD has emerged the single largest party in the run to the elections, will it be eligible to form a government with the support of AIMIM and others?

He said: “We will decide who to support only after the last vote is counted. We believe in supporting only a truly secular party.”

The BJP has obviously succeeded in eclipsing Nitish Kumar this intensely sought election. He has had a love-hate relationship with Narendra Modi, as the face of the alliance. Though the BJP declared that Nitish Kumar would be CM if the alliance won, irrespective of who gets more seats, it won’t be easy for the JD(U) leader to swallow this “generosity”, as the Indian Express puts it.

Whatever transpires, in the end, will be the real authentic sight of all the brouhaha delivered by the politicians. Meanwhile, the latest statement by Sanjay Jaiswal, president, BJP Bihar unit, made it known that Nitish Kumar will be chief minister of the government in Bihar for the next five years.