The ‘Rhea Chakraborty Case’ Is The Epitome Of A Media Trial

By NEERAV in Media, Society

The death by suicide of Bollywood Actor Sushant Singh Rajput started a case of T.V. trial that most of us have never experienced before. We came face to face with the true power of New Media. It all started with the FIR registered by Shushant’s family against Rhea Chakraborty, alleging foul play.

In the weeks to come, all hell broke loose and some deeply traumatic and retrogressive aspects of our society came to surface. Deep-seated misogyny, horrific encroachment of privacy, character assassination of a woman and demonization of a whole industry were just some of the key features associated with the media trail of Rhea Chakraborty. 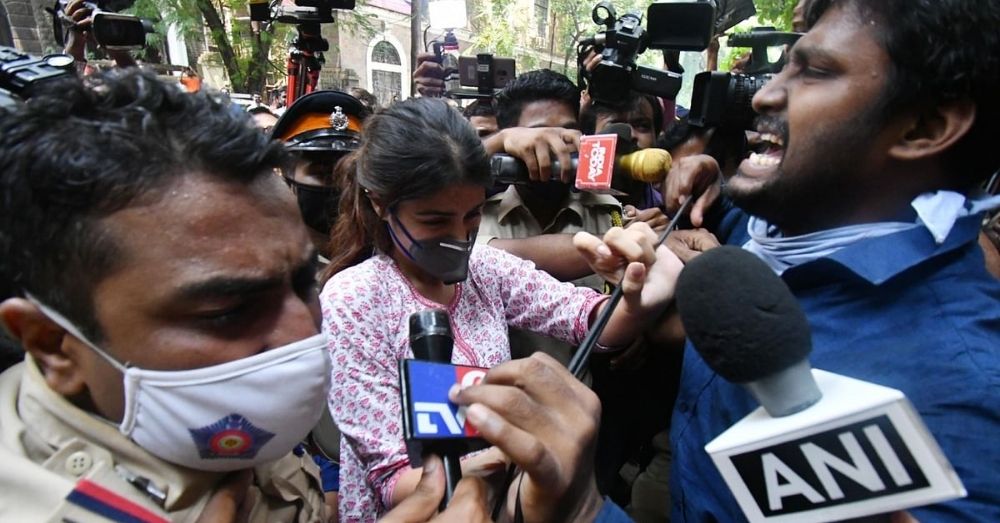 I felt it was eerily similar to the 17th-century witch hunts which took place in Europe. She was accused of practising ‘black magic’ and ‘witchcraft’ to hurt Sushant. What is even more surprising is that many women in this country, forget sympathising, were quick to pronounce her guilty of murdering the person she loved.

Rhea’s private chats, clothes she wore, her past in the industry, her immediate family, her non-immediate family, security people in her society, her milk person, even a random food delivery person, were all made witnesses in her T.V. trial. Anybody with even a humble understanding of the Indian constitution can name at least twenty to thirty different laws and rights which were violated during her public ‘murder’. But, they are all going to go free from facing any repercussions.

That’s the power of the media.

The involvement of top 3 government agencies in a case of suicide points out towards the political will of ‘giving justice’ to Sushant Singh Rajput. Or it might have been the simple fact that Sushant belonged to the poll-bound state of Bihar. Roads and landmarks were named after him. Posters with the face of Sushant were used to provoke emotions in Election rallies. I’m sure government policies are also soon going to be announced in his name.

Also read: The Vilification Of Rhea Chakraborty Discomforts Me As An Indian Woman

This mixtape of Politics, Media and the life of a person reminds me of the song Des Mera Rangrez Ae Babu from the most relatable movie, Aamir Khan Productions’ Peepli Live.

“Is Hamam Me Sab Nange Hue.”

OTTs, Digital News And Online Classes: The New Normals Of The Pandemic

From Using ‘Those Days’ To ‘During Periods’: Has Media Become Bold In Talking Periods?