What Are The Toughest Challenges For The Upcoming Government In Bihar?

Hello readers, I hope you’re all healthy and had an amazing Dussehra. As we all know, Bihar Assembly Election 2020 has begun from October 28 and the voting process will be done in 3 phases till November 7. Phase 1 voting has been completed in 71 out of 243 constituencies of Bihar. There are some major issues that are to be dealt with after the election’s result declaration. The party which emerges victorious will be faced with challenges like unemployment, poverty, literacy and education levels, crime rate and overall human development rate of the state.

Every state has its own set of problems, and similarly, Bihar has it’s own. 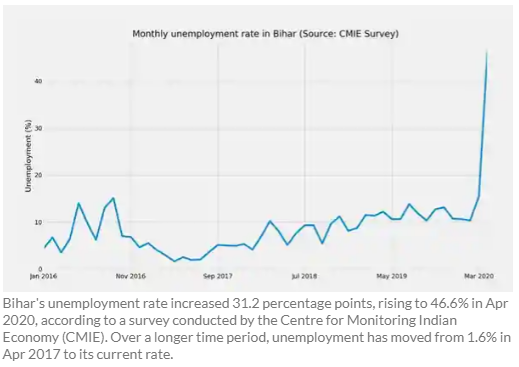 Another issue awaiting the Bihar Government is that of Poverty. Bihar is being considered to be economically strangulated. This year, Prime Minister Narendra Modi had announced a 50,000-crore package for Bihar. This state has constantly been denied its share of rightfully reserved central funds. Bihar is the only state where the situation of poverty is this high (46-70%). The annual per capita income of Bihar is Rs. 3650 which is one-third of the national average that is Rs. 11,625. The challenge of poverty will surely be a tough one to complete for the upcoming government.

But Bihar also has its plus points which must not be overshadowed by the problems that prevail. Bihar’s infant mortality rate is 62 per 1000, which is below the national average of 66 per 1000. This is better than states like Andhra Pradesh and Haryana which have a much better HDI ranking. In terms of life expectancy, the average Bihari male lives a year longer (63.6 yrs.) than the average Indian male (62.4 yrs) and the state’s performance in increasing life spans has been better than most states during the past three years.

Also read: Can We Please Continue Talking About Bihar’s Education System Even After The Elections?

We hope that Bihar prospers along with the rest of our country and we achieve our goal of becoming one of the leading countries of the world in every aspect.