Bharat Bandh: Delhi-UP Border Rife With “This Is Our Fight For Freedom” Slogans

On Tuesday, 8th of December 2020, the whole nation is experiencing a shutdown from 11 AM to 3 PM. A Bharat Bandh has been called by the farmers protesting against the Centre’s new farm laws. The Indian Farmer unions have stated that today’s shutdown is a ‘peaceful protest’. They also said that the different emergency services like ambulances, etc. will not be stopped. Numerous trader unions, transport unions and lawyer unions along with other groups have shown their support to the Bharat Bandh. Among the supporters, the Railways’ two biggest unions, AIRF and NFIR are two of them.

The farmer leader Rakesh Tikait said, “Our bandh is different from that of political parties. It is a four-hour symbolic bandh for an ideological cause. We want that there should be no problem for the common people. We appeal to them not to travel during this period. We also urge shopkeepers to shut their outlets during this period.” 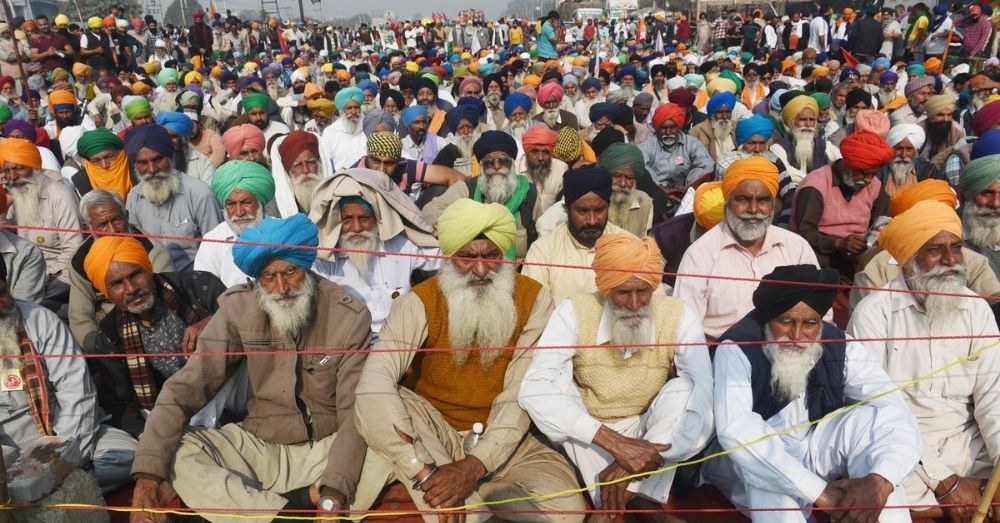 Recent Updates From The Bharat Bandh

👉Special CP says, 'CM Kejriwal has been meeting & moving out of his residence. No restrictions'

👉He also says, 'markets are open & roads not blocked' 👇 pic.twitter.com/8quhAj1kWO

Well, during the bandh, banking services will remain unaffected. The All India Transporters Welfare Association (AITWA) are also not supporting the Bharat Bandh. The farmers’ unions have announced that wedding functions will face no problems during Bharat Bandh.

The Centre has allotted an advisory directing all the states and Union Territories to tighten security to safeguard and ensure that COVID-19 guidelines are being followed.

#BharatBandh | "Ambulance hai, koi baat nahi. Nikalne do," protesters can be heard saying in this video as they make way for an ambulance to pass through an otherwise blocked highway in Uttar Pradesh’s Hapur

On the other hand, Government says the three farm laws have been projected will act as major improvements in the agriculture sector that will remove middlemen and allow farmers to sell anywhere in the country.

Quick Byte: How The Cooch Behar Tragedy Might Influence Elections In Bengal