Farmers’ Protest: When People’s Rights Are Exploited To An Unbearable Extent

By Tanvi sharma in Governance, News

DEMOCRACY VIOLATION— This is the situation being faced by thousands of farmers across Punjab and Haryana. Their fundamental entitlements are being infringed on by the central government. India is a democratic country where democracy doesn’t exist, and if it ever existed then surely this would not be the situation today! 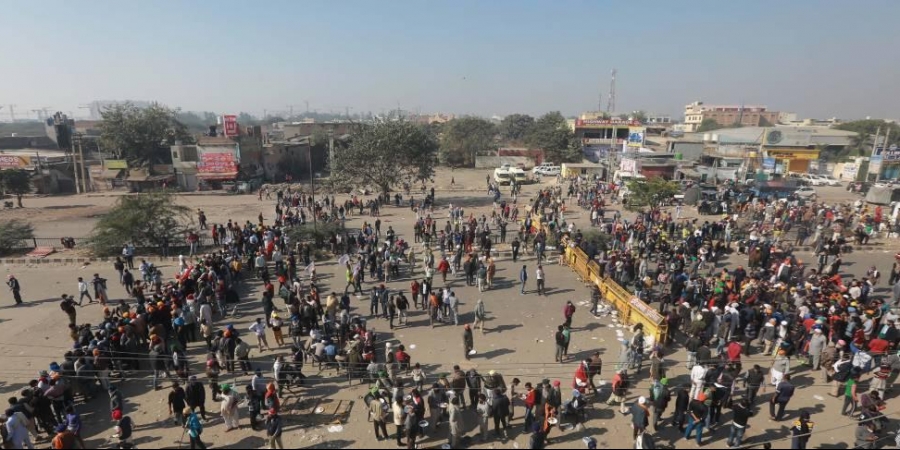 From ‘Rail Roko’ to ‘Delhi Chalo’, farmers have been protesting for the past three months. All this began around the middle of September when the Farm Bills, now laws, were enacted by the central government. The Rajya Sabha announced the three acts under the category of FARM LAWS. They are:

#WATCH Punjab: Kisan Mazdoor Sangharsh Committee sits on railway tracks in Amritsar as they begin their 'rail roko' agitation today, in protest against the #FarmBills.

The Committee had announced that they'll hold a 'rail roko' agitation from Sept 24 to 26 against the Bills. pic.twitter.com/SwLBxzruIb

After the implementation of these laws, farmers started the Rail Roko moment to show their anger. The farmers lay on the train tracks and didn’t allow the trains to enter numerous areas within the state of Punjab. As a consequence, coal was not being delivered in the state and subsequently, electricity shortage complication was faced by both urban and rural areas of  Punjab.

Farmers’ disapproval of the laws didn’t get proper attention from the central government. So, they decided to fight for their rights. Farmers from Punjab, Haryana, and various parts of Rajasthan, Madhya Pradesh, Uttarakhand assembled and pronounced that they will march towards the capital of the country.

Farmers from various unions and organisations, for instance, the All India Kisan Sangharsh coordination committee, Rashtriya Kisan Mahasangh, Bhartiya Kisan Union formed a ‘team’ under the banner of the SAMYUKTA KISAN MORCHA in order to conserve and protect their farmlands.

We all are aware of this fact that “Success doesn’t just come to us, we have to earn it.”

Thousands of farmers striding towards New Delhi proved the above statement true. They started their march and overcame many obstacles on their way to New Delhi. On the outskirts of New Delhi, farmers were welcomed with huge cement barricades, water cannons, and teargas but still there was no polarity in the determination in their minds.

Today, New Delhi is witnessing what it results when human rights are exploited to an unbearable extent.

Opinion: The Way Farm Laws Were Passed In The Rajya Sabha Was A “Murder Of Democracy”

This Republic Day, Learn What The Constitution Says About Caste-Conflict!