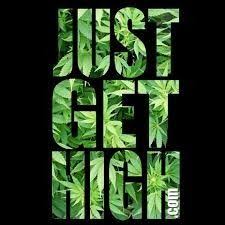 After Alcohol, Now It’s weed time. Recent world politics (Especially the US and Indian) Decide for a people who love to “Go high.”

According to AIIMS, Report shows that the growth of weed lovers is more than alcohol drinkers. The report also Mentioned that 57 Million Indians are consumed Alcohol, and compare to this, 7.2 Million Indians are love to smoke cannabis. (It’s locally known as Ganja.)

And the US government decided that they legalize cannabis. It means now you get Marijuana in-store in the US.

India is also going to decide on marijuana lovers. One Bangalore based non-profit advocacy, The Great Legalisation Movement India Trust, Filed a petition in Delhi High-court on November 7, 2019, against the NDPS marijuana Act. They want cannabis to remove from the act.

Marijuana ruled on every age group, not only one. Also affect every class–poor, middle, and rich. Today in India, The parties where drugs are misused have become common.

Indian Youngsters change a trend. Recent news proves that drug is a priority to be an addict. 2 Indians cities are globally in the top 10 to list to consumes Marijuana and its products. Delhi beats many world cities and comes at the 9th in the race of addicted persons. Also, Mumbai comes behind. Mumbai is in the 10th position in cannabis consumption.

Mostly younger, more love to smoke a joint means that they take a joint on hand when they need to take a stand against their careers.

The scenario goes to change.

Are you believe in legalisation of weed in india is necessary?
You must be logged in to comment.

Journey Of the musician Saidujjaman Durjoy