Keeping Differences Aside, China, India, Myanmar, Bangladesh Bond Over Their Love For Rice

By shakeel ahmad in Business and Economy, GlobeScope

Things haven’t been the best in the bygone year vis-à-vis the relations among the four neighbouring countries India, China, Myanmar and Bangladesh. Tension or uncertainty took a toll on all of them. The prior year was not really the best in terms of their neighbourly relations. The situation that encircled them amply contended their poor relations. Amid their strong disagreements, these four nations did not forget to extend trade relation, which becomes apparently clear while looking at the start of rice export among these four antagonistic countries. All are rice-producing countries, yet, scarcity pushed them to enter into reciprocal trading. 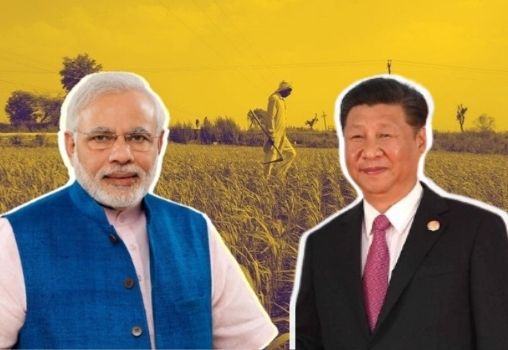 One learnt that the countries did not feel odd in putting aside their respective bilateral issues to continue the trading cycle. If Indian traders contracted to export 100,000 tonnes of broken rice from December 2020 to February 2021 shipments to China at around $300 per tonne, as industry officials reportedly said, it was despite the standoff on the border between them. China agreed to buy Indian rice after a long time only to save money. It was in simple words, quite cheap a deal. Like this very course, Bangladesh will also buy white rice from Myanmar in spite of its sharp rift over the Rohingya refugee crisis.

It has been reported that as many as 100,000 tonnes of rice from Myanmar would be exported to Bangladesh. It was done to overwhelm a shortage of staple food for Bangladesh’s population of over 160 million people. However, the Bangladesh government has kept in view the countering of price rise of rice by this way of government-to-government deal at $485 per tonne, including cost, insurance and freight liner out basis.

Modern-day friendships have come to solidify on specific needs that diplomats talk about in general. However, it is an open door beyond the pragmatic prism that points upon shared values and puts an end to the aggressive irrationality of chemistry, as some write.

Also read: Opinion: In India And US, Race And Religion Decide Who’s A ‘Terrorist’ And A ‘Patriot’
You must be logged in to comment.

Report Card: Does This Year’s Budget Give Due Attention To Environmental Issues?

The Widening Gap Between Small And Large Scale Industries During Pandemic