The Kashmir-based Seminarian Syed Karar Hashmi has expressed concerns over the continued targeting of journalists across India and has termed such trends disastrous like cancer. Syed Karar Hashmi said in a press statement that media is an important component of social management and any kind of censorship or other tactics won’t silence journalists from doing their professional duties.

Hashmi further said that what is happening in Kashmir with the media fraternity is a grim reminder of the increasing trend of journalists being targeted and the need to address the disastrous press freedom situation in this country is one of the great priorities at contemporary times to discuss. Without the media, democracy is meaningless and cannot flourish. At the same time attack on media personnel is a direct attack on democracy.

Also read: “Impact Of Hindu Nationalism On Media Freedom And Freedom Of Speech”

The role of media is very important, on one hand, the media influences the policymakers by putting forth the opinions expressed by various groups including educationists, journalists, experts, leaders of different political parties, religious leaders, workers, and unions, etc, on contrary, it pressurizes the policymakers to act concerning people’s interest and demands. In this era of globalization, media has emerged as one of the most powerful components of social management. Common citizens have a great deal of exposure to the media in the realms of entertainment and culture, yet most do not understand how the media, politics, and public policy interact with each other and thereby affect their lives.

Kashmir-based Seminarian at Qom Iran added that the press or the media has emerged as the fourth most powerful institution of democracy as it has the potential to mold public opinion and influence public policy. Media as the fourth pillar of democracy has a paramount place and great regard across the globe but in Union territory of Jammu and Kashmir, the media fraternity, while putting their lives at risk to cover up the events and issues of prime public importance, must obviously be regarded more as compared to other states of India. 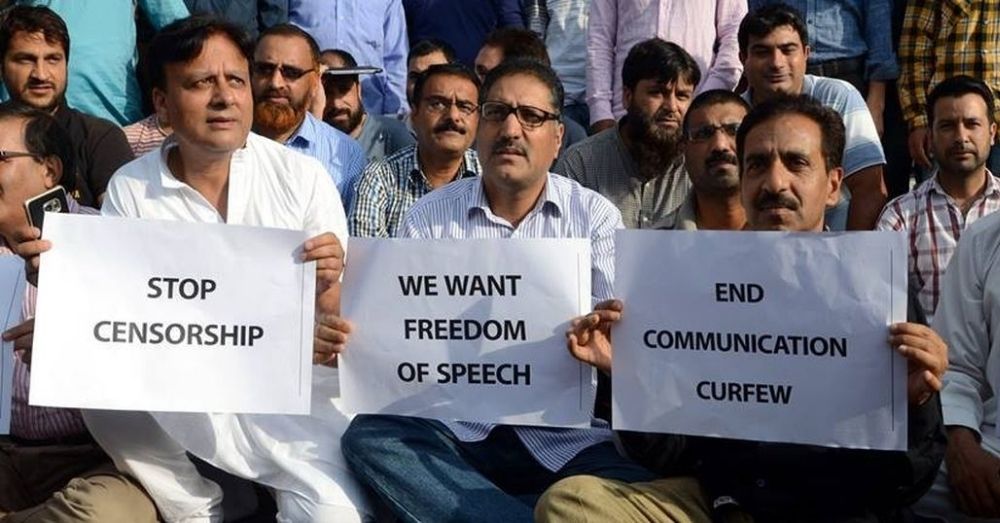 Attacks on media in Kashmir signal danger for democracy all over India.

Without the media, Democracy is meaningless and cannot flourish. Meantime Attack on media person is a direct attack on democracy and that too largest democracy of the world, Hashmi added.

Poem: In Kashmir, Our Green Overshadows The Dread