Opinion: The BJP Has Established Itself As An Election Machinery That Only Rewards Itself

Famous political scientist Rajni Kothari had propounded the Congress system long ago. The grand old party was doing rounds dominating country’s political landscape in the late 1980s and 1990s. Regional satraps and stalwarts ensured their efforts to increase their foothold and footprints, and struggled with sincerity and devotion. Gradually, they did, but only after a long pause. As for the Bharatiya Janata Party, it graduated from their majestic 2014 victory in the Lok Sabha to their meticulous and meteoric rise in the block, district as well as municipality council and corporation election.

The right-wing saffron party is always on the run to achieve and accomplish political power inspired by a deep sense of belief in maintaining political rank and office. There has to be an adoration and admiration for occupying political chair if one is to become a sound and successful statesman, as has been internalised by the cadres of the BJP. No party comes closer to this reality than for the BJP under Modi and Shah, given their penchant for popular mobilisation and organisation of the electorate. 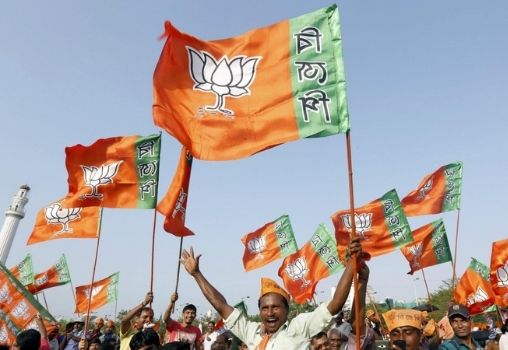 Fairly reaching and realising their targets as for their strategy, planning and proposal executed by the cadres and workers on the ground coming from the background of RSS a strong social and political arm of the BJP. These cadres anchor and articulate the political position and posturing of the top brasses of the BJP by swinging their initiatives into action. Political extension is but natural for any political party and group, but a ratcheting of a rhetoric creating fissures will never provide any solution to the masses.

Communally divisive campaigns around Article 370, the Ram Mandir and Triple Talaq are some of the illustrations through which this establishment has always tried to up its ante against its opponents. How legitimate it is for a party governing our country from a Parliament to Panchayat? Is winning elections more important for Shah and Modi than addressing the aspirations of  people? Has this party established itself as an election machinery that exists to reward itself with one or the other political titles?

Also read: Private Data Of Over 280 Transpersons At Risk Of Leak From National Portal
You must be logged in to comment.

Opinion: From 1947 To 2021, We Are Seeing The Biggest Threat To Indian Democracy