By Hariaksh Kamal in Business and Economy

We all know that the Lok Sabha passed three new agriculture Bills on September 17, 2020 and the Rajya Sabha passed them on September 20, 2020. According to the GOI, the Bills will collectively seek to provide farmers with multiple marketing channels and a legal framework for to enter into pre-arranged contracts, among other things.

However, the farmers for whom these laws have been made think that these new laws will slowly end the MSP regime and lead to huge loss of revenue to state government-run AMPCs. They also believe that the farmers will lose the rights to their own land at the hand of companies if these Bills are implemented.

So now we know the reason behind bringing these reforms and also the reason behind the farmers’ protest, but what we don’t know is that the agricultural land has been shrinking continuously; it has reduced from 159.5 million hectares in 2010-11 to 157 mn ha in 2015-16, but the number of operational holdings has been rising (increased from 138.3 million to about 146 million). This reflects the falling size of farmers’ landholding, which has came down from 1.2 ha to 1.08 ha. 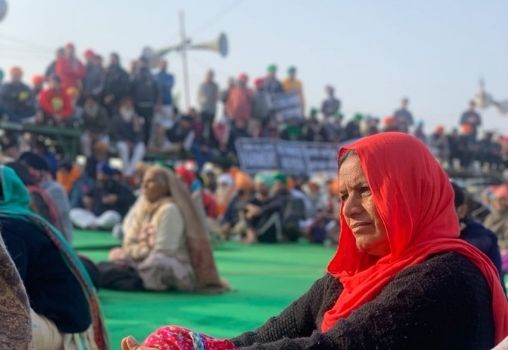 In the absence of an estimate of the number of farmers, the number of landholdings is taken as its proxy. This means that India has about 146 million or 14.6 crore farmers. About 86% of them have an average landholding size of less than two hectares; these farmers are referred to as India’s Small and Marginal Farmers (SMF). The SMFs operate on about 47.35% of the farmers reside in the five states of Uttar Pradesh, Bihar, Maharashtra, Madhya Pradesh and Karnataka.

This data looks more devastating after studying the recent estimates of the Labour Bureau. About 45% of India’s workforce is employed in agriculture. Fifty five percent of the agri-workforce comprises agri-labourers. The Indian agriculture can’t support such a large population with a shrinking agriculture land. We can only hope that this protest doesn’t force any of the large farmers to change their occupation and convert their agri-land into something else.

Also read: Interview With An Environmental Activist: “Adani Is Going To Destroy Goa To Save 51 Rupees”
You must be logged in to comment.

Impact of COVID-19, Reforms And Poor Governance On Labour Rights

Was The Reversal Of Lower Interests On Small Savings Done In “Hindsight”?