Finally, one single MLA of both the respective political parties viz the BSP and LJP has departed from the parent party. It made both the political parties barren in terms of elected legislature. This becomes a big political transition after the formation of the Nitish Kumar-government in Bihar. How could it be categorically dismissed that we often hear about elected politicians changing positions to another party, but rarely we do talk about their direct impassivity towards the voters who elect them. If they do not feel fine in the primary party, the confidence abruptly swings to another political party. This process persists in the political realm endlessly.

What has recently been experienced in the Bihar politics is that the two distinct political parties saw its single sitting MLA shifting to the ruling party, thereby making the parent party chief groan of the sudden change. But there seems no treatment of this acute crisis despite the rule. The mind of the defecting legislature and the psyche of the political party act like the ever-present gravitational force.

Next to being elected on a prominent political party ticket, a political representative allies with another political party in one’s comfort a little now and then. It gives the disgruntled leader a feeling of difference. 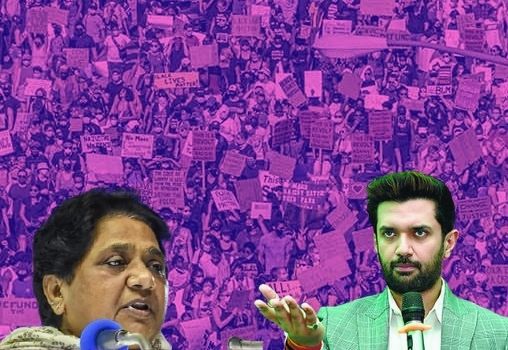 There were two members of the legislative assembly in Bihar, one belonged to the BSP and another owed allegiance with the LJP, who dared to shift to the political party of their respective choice. The first decided to side with the JDU, while the second made up his mind towards the NDA. It is a painful story that, nonetheless, enlightens with a practical discourse about the political existence. The message seems to be this: Don’t get your political ambitions relatively low.

Why have they changed their political path now? It was certainly because they realised more pride there. It is really they who know of the exact purpose better. It was reportedly said that one expected to get a berth in Bihar’s ministry while the other solicited something advantageous. Old and experienced political leader Mayawati and young leader Chirag Paswan are bound to be tense over their respective losses, which are irreparable, as some may be inclined to think so.

Also read: Sharjeel Imam, My Brother, These People Never Deserved You
You must be logged in to comment.

To My Friend In Jail, The Doyen Of Mainstream Youth Politics, Happy Birthday!

Is A Caste-Based Census Necessary In India?