By Sarwani Priya in Environment, Media

Whenever we hear the word ‘Bhojpuri’, some sense of vulgarity comes to our mind about this language. But Bhojpuri is not like this. The lalnguage has gained such reputation due to Bhojpuri cinema. But changes in society are also happening rapidly. On Sunday, February 14, 2021, in Patna, a 20-year-old youth, Siddhant Sarang, launched the world’s first Bhojpuri podcast Dharti Maiya.

This podcast is based on climate change. The chief guest of the launching was Dr Atul Aditya Pandey 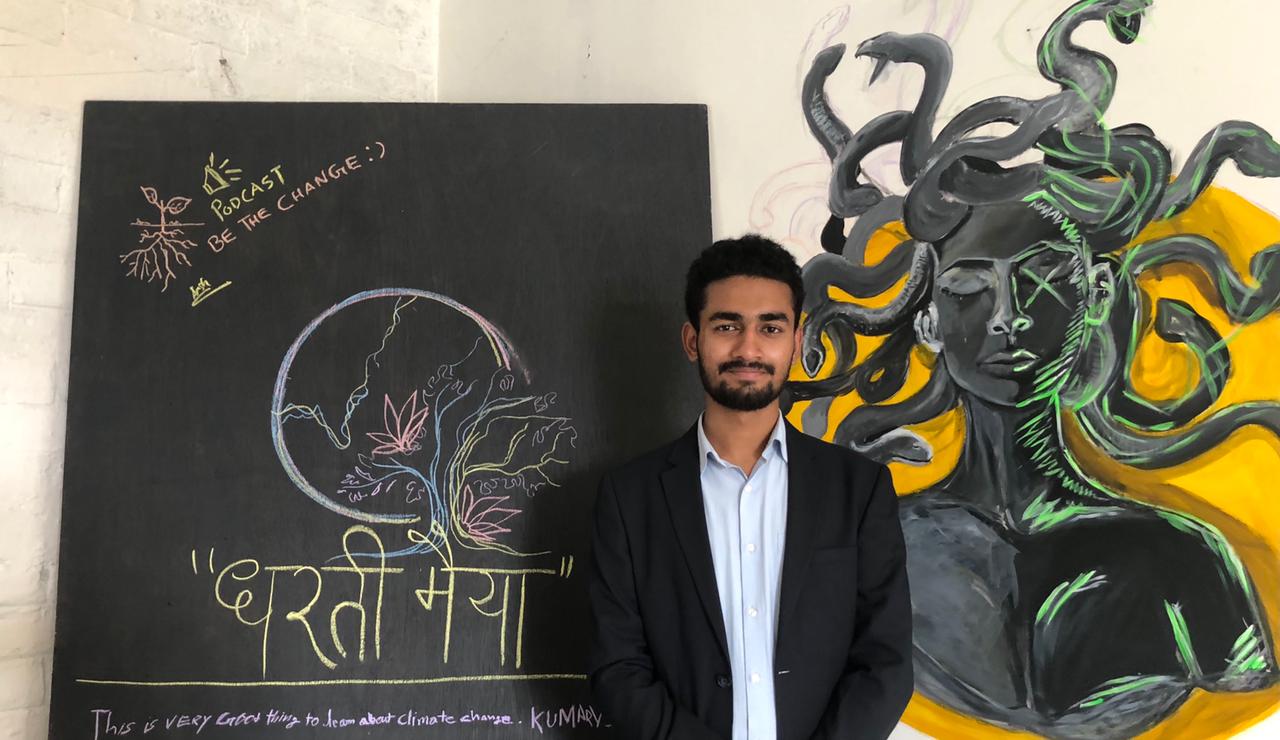 , Head of the Department of Geology, Patna Science College. Dr Atul said that a local solution of global problem is necessary. The problem of climate change is the most vivid and what else can be better than the problem getting solved by the youth. Pradeep Mishra, Director of Manav Bharti International School, was also present. He sang a song on the environment on his behalf.

Why Is This Podcast Important?

There are some important things about this podcast that make it very special. Siddhant said that we can definitely become heroes by talking about climate change in English, but in reality, the point doesn’t reach the people tit should reach. Bhojpuri was chosen because even the last man in society can understand the language. This will increase the scope of awareness of climate change. Simultaneously, an attempt has also been made to change the dirty reputation of Bhojpuri. Bhojpuri can also become a medium of change in society.

Who is Siddhant Sarang?

Siddhant Sarang hails from the Muzaffarpur district of Bihar. He is currently graduating from Delhi University. Siddhant has been working on climate change since childhood. He was awarded the UK’s prestigious The Diana Award in 2019 and represented India at the One Young World International Summit in London. He has also won the Queen’s Commonwealth Trust.