Will The Price Of The LPG Come Down In Summers? Petroleum Minister Says So

By shakeel ahmad in Governance

Cooking gas, commonly called the LPG, has not only betrayed consumers by its constant price hike, but totally obeyed the whims of the government. Its rising price shudders its consumers who are dazed at its inflationary trend. Since they are dependent upon this type of fuel, they are bearing the bitter brunt painfully. They did not speculate its price rise like the fast speed of the bullet train. They even deplore if once the rate gets higher, and there remains little chance of decrease.

Like petrol and diesel, LPG’s price is also spiralling higher. There is no hint of reduction in its rate. Consumers find nothing unusual about the way the increase has trudged discreetly without knocking at their door. Consumers had been bearing the bitter brunt constantly. It blows and knocks down a few cold shocks almost every day without fail. When will the price spurt will oversteadily appear like a scary dream? Our politicians have linked the price increase with the cold climate. 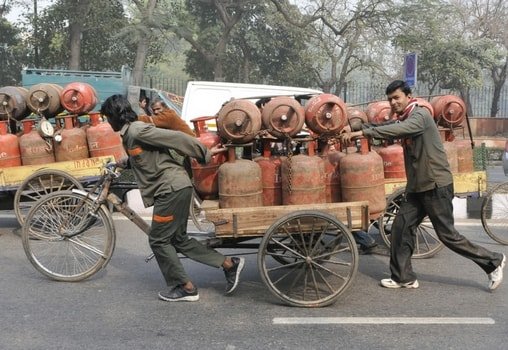 How funny does it appear? Our economists must be crying at such a peculiar analysis. This is not unique in itself but forces us to think of what is usually said about electricity consumption. The only difference is that LPG price spurts on cold days while electricity rate reduces in colder season.

As ever, things are constantly changing and it is no longer critical amid today’s attitude. This time, the situation has undergone a full transformation as the concerned minister has associated the usual ice-cold tone for the constant rise in the LPG rate and expected a warmer climatic condition to bring down the rising rate. What will actually be contradicted next? That’s anybody’s delighted guess. Meanwhile, the Ministry concerned has conveyed its geographical proclivity in peculiar points with an indigenous significance.

There is a scene in the 1991 Hollywood film Silence of the Lambs, where one character dances in front of a mirror but hapless consumers cannot hop before the cleaner reflector anymore.

Also read: 34 Dead, 200+ Missing: Uttarakhand’s Glacier Burst Is A Lesson In Environmental Priorities
You must be logged in to comment.