Late To The Party: The Congress Is Struggling To Build Alliances And Come Back To Power

Why is the Congress leadership sitting silent on the proposals, prospects and possibilities to resurrect its rank and cadres? How many more failures will it take for them to understand the gravity of the crisis in which they have found themselves caught? Their elected government in most states is falling like a pack of cards one after the other.

Unable to conduct their alliances and coalitions, the dream of the Congress party holding on to power is getting short-lived after series of feuds, factionalism, rivalry and rebellion. The story is no different for the states of Karnataka, Madhya Pradesh and now Puducherry, where the party was decimated and disabled after a few months for the ineptness of the party command to intervene and intervene. The party was shifting grounds for rescuing and relieving themselves for the tedious and tiring task. 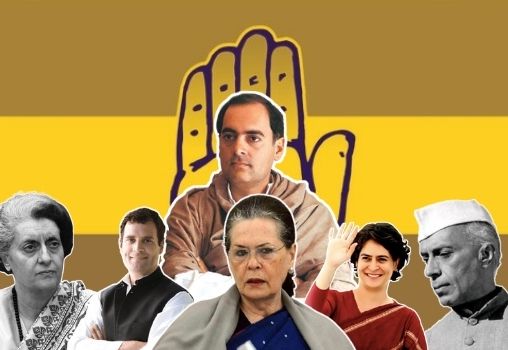 Though in the Rajasthan fiasco involving highly ambitious individuals Ashok Gehlot and Sachin Pilot, the party was quick to reach out, react and respond, in Madhya Pradesh, Karnataka and Puducherry, the party stayed away from calling the shots. In Maharashtra, NCP veteran Sharad Pawar bridged the gap between the Shivsena and Congress party, adopting the Common Minimum Programme for effectively and efficiently running and managing the Maha Vikash Aghadi government in the state.

It’s unfair for the Congress to be dependent upon someone else’s shoulders for their gain, limiting the scope and scale of the party’s transformation and evolution. Secularism and socialism are not going to become guarantees for political legitimacy and supremacy as for the electorate knowing about its priorities and purpose than any leader and representative.

Roles and responsibilities of block, booth and district level committees should be accordingly conveyed, coordinated and collaborated to strengthen the local leadership. Alongside, the party needs a sincere, committed and dedicated band of activists, workers and supporters ready to sacrifice for the ideology and principle of the Congress for it to make the difference.