Opinion: Why I Think NDA Will Sweep The Assam Assembly Election Of 2021 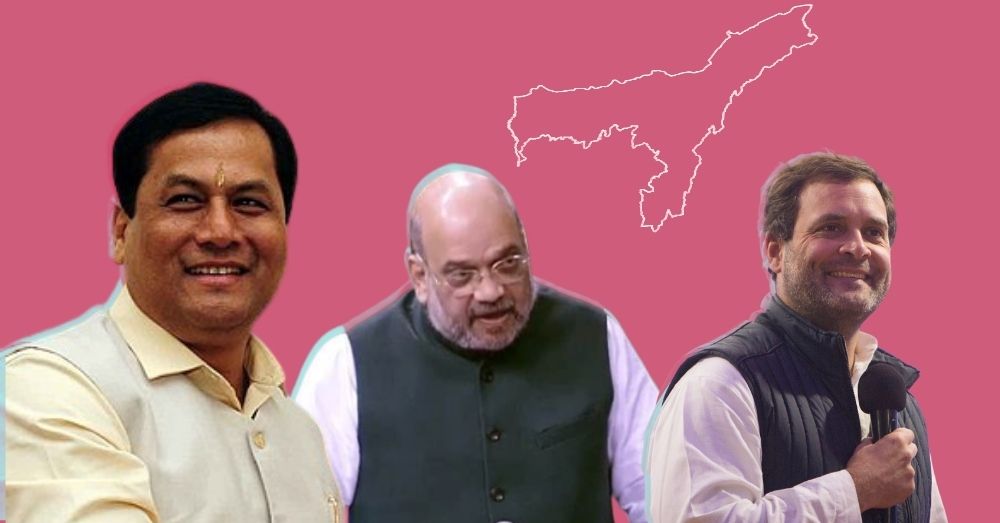 The second opinion poll by ABP News- C-Voter on 27th February 2021 was a proper opinion poll that predicted BJP led NDA to sweep the election getting 72 seats with a vote share of 43.8% vote share. According to this opinion poll, Congress-led UPA is likely to get 41.4% with a seat prediction of 47 seats. There’s just a 2.4% vote share difference and yet NDA is sweeping. Point to be noted that in the 2016 assembly election NDA got 86 seats with just 41.9% vote share whereas UPA got just 31% vote share and 26 seats.

In this election, AIUDF and the Left parties too became a part of the UPA alliance. In 2016, there’s a difference in vote share between NDA and UPA led by Congress (minus AIUDF and Left fronts) was around 10.9% which is understandable as to why NDA registered a huge win. Is it really possible that NDA will still sweep the election with just 2.5% more vote share? Let’s deliberate on it.

That means Congress still a formidable player in Assam Polity. It should have contested without bringing AIUDF and because of anti-incumbency, it could have won the upcoming election! Frankly speaking, if C-Voter’s predicted vote share of UPA along with AIUDF is just 2.5% difference, then how can NDA sweep the election? Although I am not sure but think that C-Voter has added UPA and AIUDF’s vote share after the alliance was declared. But I don’t think Congress and AIUDF’s alliance is compatible.

Well, anyone can raise a question on my incompatible reference because both Congress and AIUDF have the same minority vote bank and thus should be compatible. But the Assam political dynamic is a bit different. In Assam, there’s a feeling of Assamese versus Bengalis. AIDUF’s main vote bank is Bangladeshi Muslims or Bengali Muslims of Assam, whereas Congress’s minority vote bank is especially Assamese Muslims. Bengali Hindus already sided with BJP since 2016.

First and foremost, Congress doesn’t have a credible mass leader in Assam after the demise of Tarun Gogoi. Second, many of its ground-level leaders quit the party and joined BJP. The third is its alliance with AIUDF. All these three factors will really decimate Congress and thus allow NDA to sweep the upcoming assembly election.

I am waiting for upcoming opinion polls where I want to see what would be the UPA-AIUDF alliance vote share. I don’t think that would cross 30% and there will be a 10% vote share difference between NDA and UPA.

Also read: WB, Assam, TN, Kerala: How Are The Farmers Of These States Protesting Amid Elections?
You must be logged in to comment.