Criminalising Marital Rape Is The Solution, Not ‘Marrying The Perpetrator’!

For a complete era, Bollywood has glorified marriage after rape as a punishment for the perpetrator as opposed to a punishment for the victim, who, as a result of such a union has to spend her entire life with her abuser. Relationships must be based on mutual trust and respect where partners understand the concept of boundaries. A man who has dared to violate a woman’s body might as well violate her mental and emotional space after marriage. 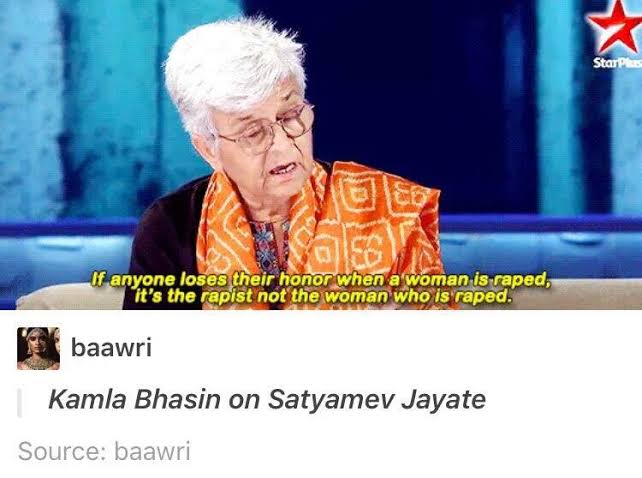 Famous movies like “Raja Ki Aayegi Baraat” and “Benaam Badshah” are examples of such movies where the ordeal the woman has to go through doesn’t only end with a marriage. In the former, the husband treats his wife badly, roams around with other women and even slaps her in front of a whole gathering. In the latter, a married woman is raped by a goon who is then pursued by the woman for marriage.

Tried and Refused Productions has shed light on many such movies in a video in their enlightening and entertaining “Matlab Kuch Bhi” series.

In a recent hearing, the Chief Justice of India suggested marriage to the rapist as a way of correcting what he did wrong. We must remember that Bobde is not the first Chief Justice of India who has shown callosity towards the plight of victims of rape. In 2019, shortly after his retirement, Dipak Misra had said that legislation against marital rape will create “absolute anarchy” in many families.

We must remember that Dipak Misra has passed many progressive judgements including ruling that women must be able to go inside Sabarimala Temple and ruling against Section 377. Despite this, he still hasn’t understood the gravity and concept of marital rape.

Until and unless India gets strict legislation against marital rape and we stop treating women like mere bodies whose sanctity lies in their vagina, we shall lag behind when it comes to gender equality.

Let us remember that India is one of the only 36 countries that haven’t criminalised marital rape and this for sure shows in the attitudes of Indians towards this crime.

Until and unless India gets strict legislation against marital rape and we stop treating women like mere bodies whose sanctity lies in their vagina, we shall lag behind when it comes to gender equality.

Also read: Has The Indian Judiciary Lived Upto The Expectations Of Its Women Citizens?
You must be logged in to comment.