Quick Bytes: Is India’s Secularism At Stake In Bengal?

The body and soul of Secularism are at stake as for the choice of liberal political parties to separately contest poll battles. Though it was natural for the Left to politely refuse an alliance with didi why are they not working smoothly with the Congress? Were they in a dilemma or doubt? 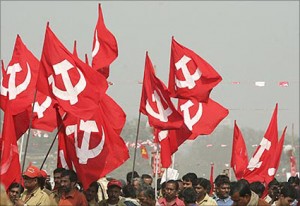 The left-front decision to join Congress is natural but the rifts are visible for all to see.

Who knows as for their bickering and feuds are restricting their prospects and possibilities illustrated in the body language of their veteran leaders indulging in doublespeak perpetuating a conflictual crisis leading to the erosion of people’s faith and trust in the party leadership. The decision of Furfura Sharif cleric Pirzada Abbas Siddiqui to form the Indian Secular Front was not independent but imposed by those eyeing an opportunity to deny Mamta a claim to power.

I am clueless if it will benefit the thirty percent Muslim voters of the state or will it give BJP a free-hand. These are some of the questions which ask for honest and humble interpretation and investigation by parties posing as challengers to communalism and crony capitalism. I am afraid they aren’t able to do so as for their conflicts, contradictions, and contestations for political rank and office.