Scindia Would Have Had A Better Future With The Congress Had He Not Left, Says Rahul Gandhi

Oh, what! Congress party leader Rahul Gandhi takes the name of Jyotiraditya Scindia despite his desertion long ago. Why does he remember him? It can be a purely political question, too. A little earlier, Gandhi let out his anxiety by saying that his party’s senior persons are supposed to be disapproving of him.

Now, he was seen expressing his words for his once fraternity mate on an important gathering. ‘BJP backbencher’ was the exact word that Gandhi used for Scindia, at the same time mentioning how he had suggested him to remain in the party and become a chief minister later.

Gandhi recalled, “I told Scindia that he would 100% become the chief minister one day. But he chose a different path. Had he not left the party, he would have been CM by now. He is today a backbencher in the BJP and can never become a chief minister there,” according to a news report. 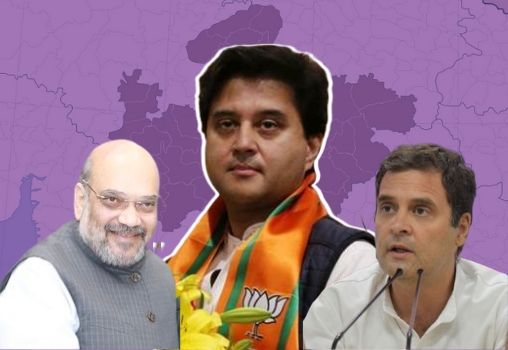 However, Indian Youth Congress president BV Srinivas denied that Gandhi made any reference to Scindia and claimed it was “not correct”. He said that Gandhi told the youth, “Anyone who wanted to join or quit the party was free to do so,” as he urged them to continue their fight against the RSS-BJP ideology and not fear anyone. He added that politics was a long process and one who worked sincerely for the party and remained loyal would be rewarded.

A quiet pain appears to have evaporated as Gandhi got relieved following Youth Congressmen’s approval of having him as the party’s chief. He was speaking out in public about the fraternity guys across the party line. Smirking at his political rivals, he shows his face reddening and cringing inside.

“It would have been a different situation had Rahul Gandhi been concerned the same way when I was in the Congress, as he is now,” Jyotiraditya Scindia was quoted talking to the news agency ANI. It is just as much about feeling good as it is about thinking good — which is exactly what we need to fathom right now.

Also read: West Bengal Assembly Election 2021: Who Will Come Out On Top?
You must be logged in to comment.