10 Interesting Facts About Earth Day That You Should Know

By Prerna Dhulekar in Environment

“What’s the use of a fine house if you haven’t got a tolerable planet to put it on.”
—Henry David Thoreau

In the honour of Earth Day, I’ve put together an interesting list of facts about this day. We must take care of this world we all share. It’s also a great opportunity to recommit and strive to do a better job. Here are a few things you probably didn’t know about this global environmental celebration.

2. Peace activist John McConnell proposed this day to honour the Earth and the concept of peace.

“I only feel angry when I see waste, when I see people throwing away things we could use.”
—Mother Teresa

3. Gaylord Nelson and Denis Hayes renamed the event ‘Earth Day’, which immediately sparked the attention of the US media and caught on across the country. 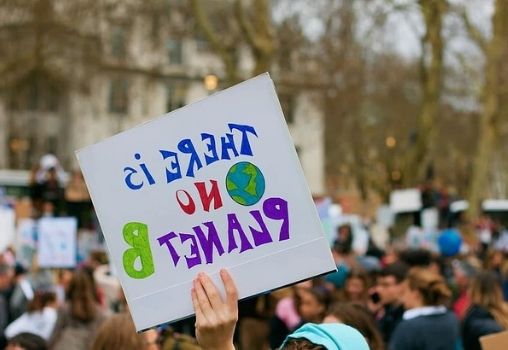 4. The first Earth Day was held in the United States and it remains the largest single-day protest in human history.

5. In 1990, Denis Hayes, the original national coordinator in 1970, took it international and organised events in 141 nations.

6. The Santa Barbara oil spill occurred in January and February 1969 in California. More than three million gallons of oil spewed, killing more than 10,000 seabirds, dolphins, seals and sea lions. It remains the largest oil spill to have occurred in the waters of California.

“One of the first conditions of happiness is that the link between man and nature shall not be broken.”
—Leo Tolstoy

7. As a reaction to the Santa Barbara Oil Spill disaster, activists were mobilised to create environmental regulations, environmental education and organise Earth Day.

8. Gaylord Nelson was inspired to organise Earth Day upon seeing the Santa Barbara Channel 800 square-mile oil slick from an airplane.

9. Nash, Garrett Hardin, McGinnes and others went on to develop the first undergraduate Environmental Studies programme of its kind at the University of California at Santa Barbara.

10. The seeds that grew on the first Earth Day were planted by Wisconsin Senator Gaylord Nelson.

Read the full article here. For more articles check out my website.

Thanks for reading, hope you found this post helpful!

Also read: Women And Climate Change: Are The Voices Of The Marginalized Loud Enough?
You must be logged in to comment.

Report Card: Does This Year’s Budget Give Due Attention To Environmental Issues?