By Srini Ramaswamy in Gender and Sexuality, LGBTQ

My journey of consciously understanding issues of the LGBT+ community began with Fire (1996), my first film as an actor. I literally stumbled upon it and I am glad that I did. It made me sensitive towards what we perceive as the ‘other’, which still remains a primary concern in much of my work. 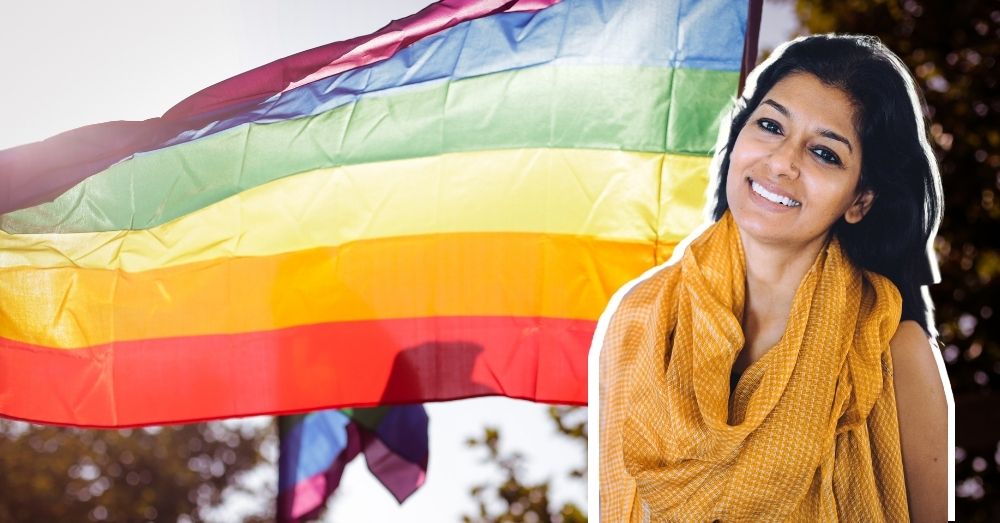 Thanks to Fire, I grew as a person. I say that not just because it exposed me to acting and films, but because of what I encountered after the screenings of Fire. I was appalled to see how insensitive and prejudiced our society is. I felt compelled to become a spokesperson for the issue, for people who were not being heard.

It took me a while to go beyond my limited understanding of homosexuality, which was more intellectual than emotional. And there we were, three heterosexual women, making a film about a same-sex relationship! Soon, I got under the skin of the character, who was actually a lot like me—rebellious, impulsive and questioning. In fact, contrary to common perception, playing Sita has been easier than most of the characters I have played thereafter.

When the film came out, I was often asked if I was a lesbian. While I took it as a compliment for a performance that blurred the lines for the audience, I used to be quick to say, “No, I am not. You don’t have to be a lesbian to play the part of a lesbian.” But today, when I am asked the same question, I feel no need to be defensive. Instead, I ask, “Why is that question even relevant to the work I do? Maybe I am, maybe I am not!”

Also read: If My 79 Year Old Grandfather Can Be An LGBT+ Ally, What’s Stopping You?

Excerpt from the book EQUALLY: Stories by Friends of the Queer World. Published by Rupa, the first of its kind anthology put together by Pride Circle is due to be released on 9 April 2021. Find more about the book here.

Learn The A, B, C Of Diversity And Inclusion At The Workplace