If Our Country Is To Progress, We Must Stop Getting Influenced By Others

By Saifee Shaikh in Society

“People, they need to believe. And nowadays, they’ll believe anything.”

This is a line from a movie released in 2019. What I see in this line is the reality of the present times. People believe whatever you say to them. It is like they have lost their power of reasoning. There is a book written by sir Mark Twain named What Is Man?. I would say it is a must read. Give it a look if you haven’t already.

In this book, the writer makes a point: everything that a human does is because of an external influence. Twain uses different arguments to prove his point and everything he says seems true. That is what people today have become, “externally influenced”.

If there is a new song in the market and two people appreciate it, a third person comes and appreciates it as well, even if they haven’t listened to it. Because they are now influenced by the other two that the song is good. And just like that, from two to three and furthermore, a large number of people become influenced. Now, the problem here is that this mass influence is affecting the right things. 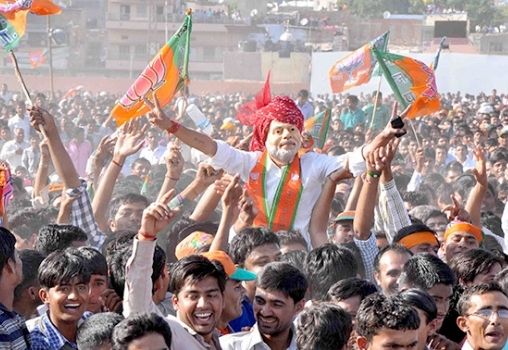 Let’s not go too far and just look at our country. Our prime minister has millions of followers. All of them appreciate him even for his wrong decisions. If you are going to sit among his fans and followers, you will start thinking, “How can a man be this perfect and flawless!” Well, the phrase “externally influenced” comes here again. They are not using their reasoning power here. They are so much convinced among themselves that this person cannot do anything wrong.

Now, the question is: why are they convinced about this so much? It’s just because people lack their own explanation. They are too much dependent on others’ opinion. This aspect is stopping people from developing further. If we look at the sector of innovation, the graph has really dropped as it was high till a few decades before.

Also read: A Letter From A Breathless Indian To The Government
You must be logged in to comment.

Why Should The Average Indian Woman Be Compensated For Household Work?

A New Me Was Born In This Pandemic

Are You Facing Emotional Abuse? Learn To Spot The Signs