We Started Our College Journey Together, But Our Ambitions Drew Us Apart

By SAPNA in My Story

College life started and after a few days of attending college, I felt so low and exhausted because there was nothing special to do. Entering college made me feel fresh and full of spirit initially, but after a week, I met a person who was my real alter-ego and full of positivity. She joined college but did not seem happy, because unfortunately, she was not able to secure admission in her dream college, Symbiosis International deemed University, a well-known and famous college in Maharashtra. She cried over it many times in front of me and to motivate her for her future goal, I started calling her Miss Simb.

We enjoyed a lot and also worked together on our ideas that we think are relevant. It added some advantage to both our resumes, because both of us were targeting the same goal and gave in all our effort to make it a reality. Many ups and downs came in our journey; she wanted to quit and think of other ideas. According to her, an MBA from a tier-1 college was not possible because it was high in demand, and then there was the most fearful thing, i.e. the GD-PI round, because it is based on your past as well as present achievements. She was scared of the round but also confident. Thus, she prepared well for all entrances, appeared for them and cleared many of them. 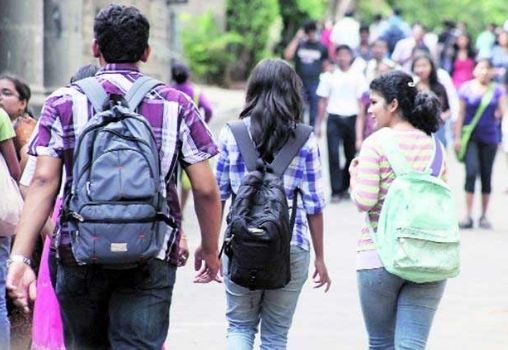 The major change came when she decided to write her GRE and GMAT, the famous entrances in the world of MBA if you are planning to take admission aboard. At that time, I felt I’d lost my alter-ego if she secures admission in top MBA colleges abroad. And my assumption was right. She secured admission in the best college, the Massachusetts Bentley University.

Finally, our paths went apart from each other with this news. Obviously, I am happy for her because she is going to do something that is not really possible for tier-4 college students. This time, I realised that as we grow up it becomes less important to have a ton of friends, and more important to have real ones.

Also read: ‘I Ran Away From My Boarding School’: Why Parents Must Create A Safe Space For Kids
You must be logged in to comment.

Dear Parents, Please Accept Me For Who I Am, And Not What I Should Be

My Story: How The Lockdown Became A Physical And Mental Prison For Me