With Smriti Irani’s Move To Bengal, State To Become A Women-Packed Political Centre

It seems that the saffron party is preparing for a long-term strategy to compete with the TMC in West Bengal and further strengthen its political ground before the state goes for its next Assembly election in 2026. The party is considering giving charge of the state to its firebrand Amethi MP Smriti Irani.

Clearly, the BJP is considering taking away the command of its just missed state from senior leader Kailash Vijayvargiya and passing it to Irani so that she can strengthen the BJP’s ground and also keep Mamata engaged by giving her a good fight in the five years hence. The same Amethi plan will perhaps be applied in Bengal, too. 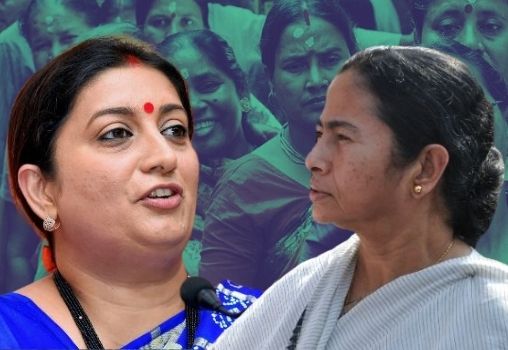 A loyal political leader such as Kailash Vijayvargiya could not accomplish in the state what his party desired from him, despite his six-year-long stint there. An idea has reportedly been rising within the party for a change in the guard-ship in the state. The party now wants to pursue its women voters, who, as party analysts think, need to be prominently addressed now.

By a change in its political strategy, the BJP can achieve what Smriti Irani did in Amethi after her five-year stay. Her placement as the in-charge of the Bengal unit to woo female voters will serve the BJP’s solid plan to continue its influence in that state.

Will Irani be able to perform like she did while defeating Rahul Gandhi in Amethi? Irani will now be targeting about 2.3 crore female voters thus. With good command in Bengali, the language widely spoken in West Bengal, she will remain connected with the women there, or so guess the party strategists.

Also read: Opinion: Is The Much Touted ‘Modi Wave’ A Myth Or Reality?
You must be logged in to comment.