By shakeel ahmad in Media

What a pity! What a shame! It is a pity she can’t come again on Twitter. But after her Twitter account got suspended, Kangana Ranaut got invited to share her opinions on the desi version, Koo. Will she rejoin Koo or stick to her more popular account on Instagram? She seems to be sandwiched between Coo and Koo. Although Koo is not an English word that can be searched in a scrabble dictionary, yet, she already made her account on the app in February.

Despite her overconfident expression and depletion of prior experience in extempore-style superfluity of statements, she has nonetheless managed to inversely embarrass herself. Through several of her hard-to-impress words during her time on Twitter, she left many displeased. 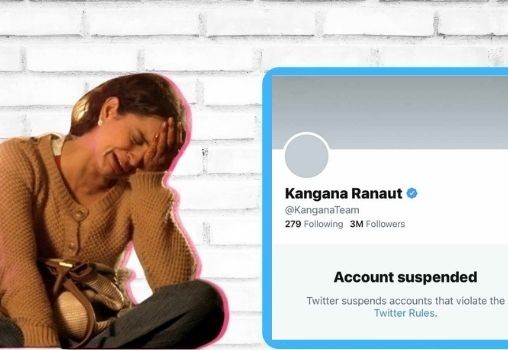 Blame it on the unusual bout or long-winded ingenuity, Ranaut seems to have bended towards the wrong viewpoint – that’s why the contrasting consequence continued to be stunning till her account finally got suspended. It might be believed that by expending her popularity over time through mindful yet hateful jottings, she harmed her long-time association with Twitter.

However, she also delved deeper into unsatisfactory cusses. Perhaps, she would now be compelled to deeply think about how she didn’t pick even a few words of sweetness that Sant Kabir had long ago uttered: “Aisi vaani boliye man ka aapa khoye, auran ko sheetal kare aapu sheetal hoe.” The contemporary democratic values had not yet unfolded when Kabir sang these lines.

Also read: ‘Does This Make Sense’ And Other Questions I Ask When I Get A Whatsapp Forward
You must be logged in to comment.

The LinkedIn Fatigue: “I Scroll For 1 Hour, Feel Anxious About Myself For 1 Week”