Animals are helpful in keeping the balance of our mother nature as well as making the ecosystem work.

Humans impact the environment through deforestation, agricultural and livestock activities, urbanization, and burning fossil fuels. Reports have found that humanity has wiped out 60% of animal populations since 1970. Animals possess distinctive powers that men do not. They can detect an approaching danger before it hits us. Amid the countrywide lockdown in the wake of COVID-19 pandemic, the National Board for Wild Life (NBWL), under the Ministry of Environment, Forest, and Climate Change (MoEFCC) has recommended a coal mining project in the Saleki Reserve Forest which is a part of the Dehing Patkai Elephant Reserve.

The decision was taken in its 56th meeting on 7th April, 2020 through video conferencing chaired by Prakash Javedekar. The committee proposed 98.59 hectares of land for coal mining project by NECF.

The Dehing Patkai forms the largest stretch of tropical lowland rainforests in India. This area had already witnessed man-animal conflict through deforestation and high polluting industries. The allowance of the coal mining project may abandon the sanctuary from India’s map. This dangerous step will endanger the rich flora and fauna as well as the whole ecosystem of the region.

Due to the countrywide lockdown announced by the government, it is impossible to carry on rallies, processions, and other methods of outdoor social protests against the issue. Therefore, protesting through social media has gained tremendous momentum. The environmentalists as well as the Students Union of Colleges and Universities were highlighting the green cause through posters, videos, memes, paintings, and photographs to spread awareness among the public. They are urging the government to stop any current and future coal mining projects inside the sanctuary.

Various hashtags relating to the green cause were trending on Facebook and Twitter in the past few days. Hashtags like #saveDehingPatkai, #IamDehingPatkai, #saveAmazonofEast, #stopCoalMining, #savenature, #saveMotherEarth, #IndiaAgainstCoalMining, #CoalMafias, #savemeCoalMafias #ClimateChange, and so on are all over social media platforms. A signature collection petition has also been started for this sensitive cause. 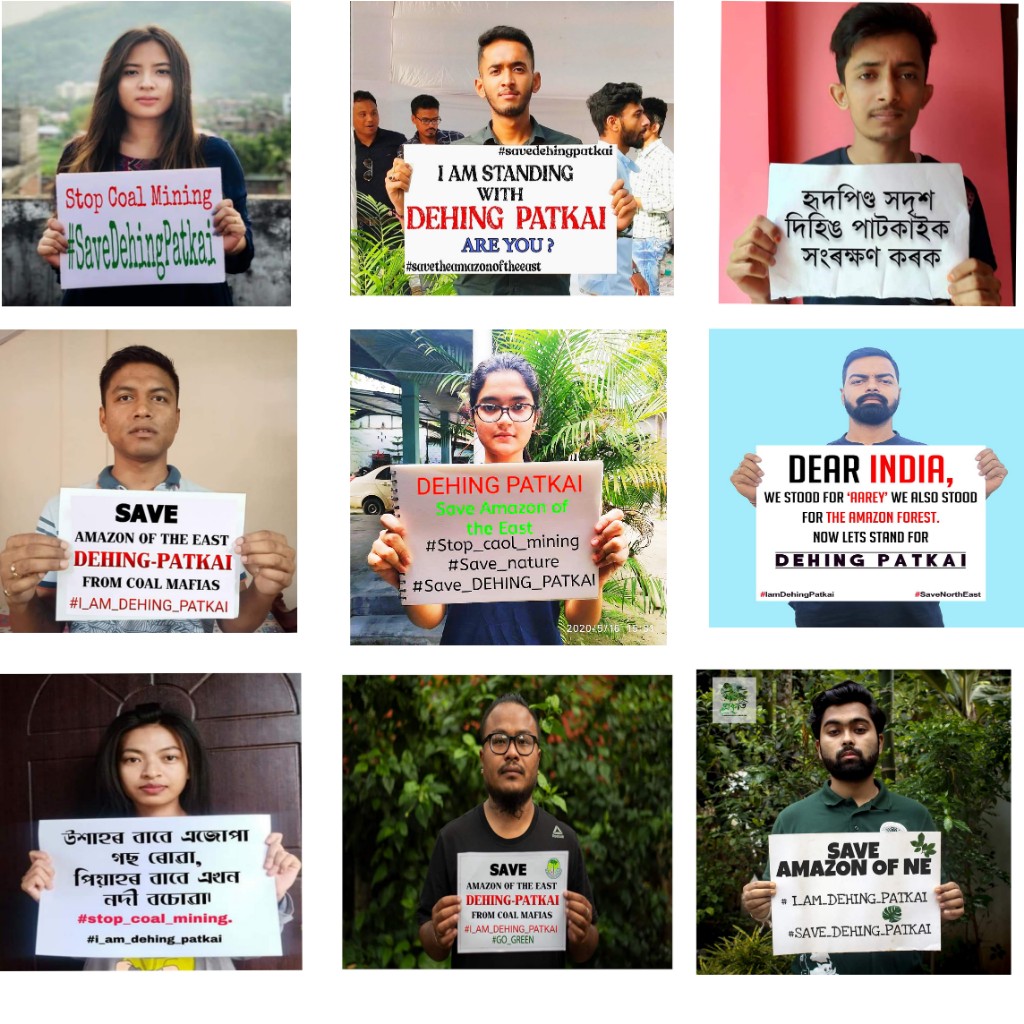 Padma Shri Jadav Payeng, who is also known as the Forest Man of India, has urged the government of India to stop the coal mining in the elephant reserve area of the sanctuary as it will have a catastrophic consequences for the whole ecosystem of the region.

Also read: “Hubbali-Ankola Railway Project: Is It Worth Destroying The Western Ghats?”
You must be logged in to comment.

Cows, Pigs Or Sheep, Farm Animals Feel Pain And Joy Just Like We Do

Pesticides And Toxins, What’s Really On Our Plates?

How Dairy Production Is Cruel To Animals, Humans And The Environment