Will England Be Able To Bring Down Its Smoking To Reach Its Smoke-Free Goal In 2030?

By shakeel ahmad in Environment, GlobeScope

The British government, in July 2019, declared its ambition of going smoke-free by 2030 in England. For Scotland, the target that has been set is 2034, while Northern Ireland and Wales have not set a target year yet. In practice, in order to declare itself smoke-free, smoking among adults would have to come down to 5%. Given the reputation of Great Britain, there is a substantial need to curb the smoking habit of Britishers within ten years hence. Will Britain attain its goal of making itself smoke-free by 2030? It’s a significant question being asked in the country.

Thirteen years ago, in July 2007, the government in the UK banned smoking in enclosed spaces including pubs, restaurants, nightclubs, most workplaces or work vehicles anywhere in the United Kingdom. Now, in the wake of the deadly coronavirus, there has been a considerable restraint on social smoking, but the sudden rise in the habit may send a risky inkling. 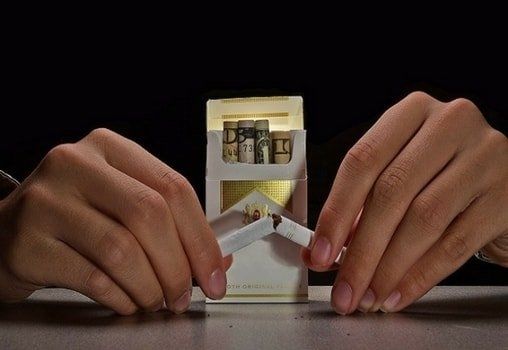 As urged by the MPs, British ministers must initiate a few steps such as reduction in rigid restraints on comfortable alternatives in order to show what the Great Britain is all about, and easing restrictions on e-cigarettes in order to move faster near the goal of the 5% smoking rate by 2030. The MPs also believe that if a convenient step is not duly undertaken, Britain’s hard-won progress in the past 13 years will be put at risk and might reverse the low smoking rate by an incredible increase in social smoking after the lockdowns end.

The ministers should also limit the advertising of lower-risk products including e-cigarettes and heated tobacco. Furthermore, there is a need to replace strict advertisements with a message to assist Brits with quitting their smoking habit. All these alterations must be brought about forthwith, the MPs added.

Also read: How Does This UN Report Calculate The Happiness Index Of A Country?
You must be logged in to comment.

Building Sustainable And Inclusive Cities In A Post-Pandemic World