Instead Of Only Demanding Stricter Law Against Rape, Let’s Start Educating At Home

By Harshali Patil in Gender-Based Violence, Sexism And Patriarchy

A piece of news was popping up everywhere on social media platforms last week — it was of a girl being assaulted by a group of five people. And the thing that gave me goose-bumps was that one of them was a young lady. And then, after a day, the news update said that the accused had been caught by police. Everyone was outraging for justice, blaming the government for not taking strict action towards the sexual assaults and abusing the culprits, but what’s next? Have we forgotten the Priyanka Reddy case where strict action was taken by the police? But sexual assaults and harassment are still. These animals are not afraid of anything.

What I feel is that if we want change, we have to start it with ourselves. From our homes. No strict law, action or outraging can stop these things from happening. All this is going to stop only when everyone will have ‘self-realisation’. Let me ask one question to all the parents: how many of you know what your son is doing behind your back? What is their behaviour towards any girl/woman? 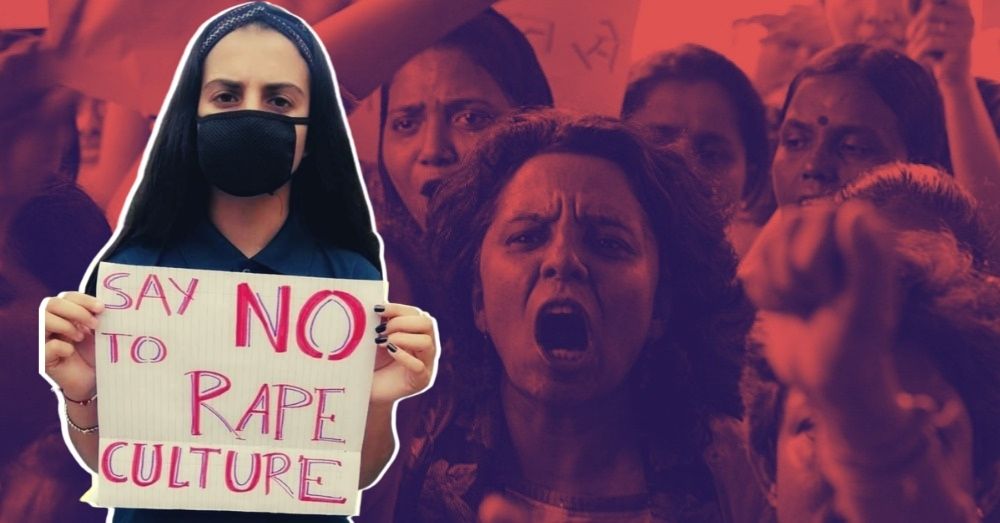 If you know about their behaviour, then great, but if you don’t, then start asking. When will everyone become aware of what they are doing and think 10 times before doing anything inhuman?

“It’s not about what the government is not doing (I’m not supporting any political party), it’s about what you are doing to stop such things.”

I must say, these accused are being cursed by lakhs and crores of people today. No big shame than this could be there for anyone.

Also read: Men Out On A Gedi In A Flashy Car Eve-Teased Me: 3 PU Students Narrate Their Experiences
You must be logged in to comment.

Invisible Yet Internalized: How Rape Culture Enables The Exploitation Of Women

“Every Life Lost In Trafficking Is One Too Many”: An Open Letter To The GOI